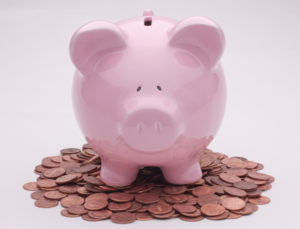 Separately managed accounts have been a private markets staple since the start.

When Adams Street Partners began its investment programme in 1972, clients invested only through SMAs. Likewise, Hamilton Lane has offered SMAs since day one.

They are also no longer the preserve of fund investors or gatekeepers, with high-profile examples of significant mandates being allocated to direct investors – the multi-strategy firms that grew out of the buyout business.

This week it was reported that KKR is expanding its SMA war chest substantially. The firm is nearing the close of a $3 billion commitment from New York City’s pension system to invest across private equity, infrastructure, real estate and credit, according to Bloomberg. KKR declined to comment.

In real estate, Massachusetts Pension Reserves Investment Management Board is currently seeking a core separate account manager that would invest directly on behalf of the plan with an initial allocation of $300 million-$500 million. On the private debt side, the Texas County & District Retirement System made a $450 million commitment in April to an SMA managed by Providence Equity’s direct lending arm, Benefit Street Partners.

For large publicly traded managers such as KKR and Apollo, SMAs are highly desirable. They reinforce relationships with key LPs and generate recurring and stable fees, a must for healthy earnings.

Hamilton Lane, for example, has 80 percent of the assets it manages in SMAs and derives the majority of its revenues through recurring management fees, not carry, providing more stable quarterly results. For Ardian, its number of SMAs and the aggregate value of these mandates has roughly quadrupled over the last five years, UK head Olivier Decannière told Secondaries Investor in May.

For asset owners, the appeal of an SMA is straightforward. It offers lower fees, a more targeted investment strategy, and added flexibility.

But as the number of SMAs with direct investors grows, the question is whether SMA clients are presented with same quality of investment opportunity as the LPs in commingled funds.

At sister publication Private Equity International’s CFO and COO Forum in New York in January, KKR CFO Bill Janetschek described the firm’s pecking order when allocating investment opportunities: if the equity cheque is below a certain size, it goes entirely to the flagship commingled fund. If it is too large for the fund alone, KKR will allocate excess equity to SMAs, with co-investors and the firm’s own balance sheet coming afterwards.

In this case, then, deals of a certain size will not get seen by SMA clients (although it should be noted that the above process may not apply to all KKR’s SMAs across all asset classes).

If investors do perceive an SMA disadvantage when it comes to the deals they get exposure to, then this seems to be outweighed by the benefits.

As one investor told PEI last year in a discussion about the rise of Blackstone: “They have the platform to go to huge investors and say, ‘Just give us your money and we will invest it wherever the opportunities are.’”

The value to LPs of being able to commit multiple billions in one go is not to be underestimated.