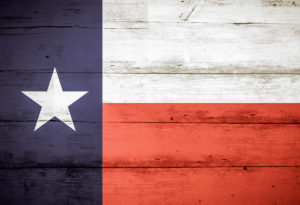 Teacher Retirement System of Texas is shopping a portfolio of private equity stakes that could be as large as $3 billion.

The system’s portfolio is one of the larger sales in a market that has seen increasingly bigger deals. Earlier this year, Japan’s Norinchukin Bank marketed a portfolio valued at around $5 billion, as sister publication Buyouts reported. Ardian emerged as the buyer on the process.

Texas Teachers’ portfolio includes large commitments to funds, one of three sources familiar with the deal said. The sale would be used for portfolio management, the source added. One buyer said the portfolio may not sell up to $3 billion. More likely, a sale would be somewhere over $1 billion, the buyer said.

Greenhill is understood to be working as advisor on the deal. A spokesman for Texas Teachers declined to comment.

Texas Teachers has been slightly over its long-term target to private equity, which could be why the system is motivated to sell down the portfolio.

The system has been weighing changes to its asset allocation to try and boost its 7 percent expected investment return to 7.15 percent, 7.25 percent or 7.35 percent, Buyouts reported in May.

To boost performance, Texas Teachers is likely to have to add assets to private markets. The system is considering adding 1 percent or 2 percent to private equity as part of the contemplated changes.

LP portfolio sales continue to lead deal activity in the secondaries market, though GP-led deals such as fund restructurings are taking an increasing amount of market share. LP portfolio sales represented 56 percent of total deal volume, which came in around $42 billion in the first half, according to an estimate by advisor Evercore.