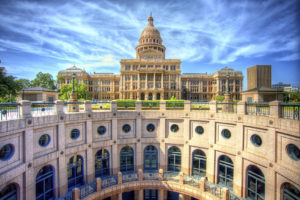 The Employees Retirement System of Texas is considering a second mandate with a secondaries firm, according to its Private Equity Market Update and Program Overview presented at its August board meeting this week.

So far, Landmark has already called about $65 million between the two funds as of 31 March, according to a summary of investments.

“A second secondaries mandate is a potential,” Craig White, portfolio manager for private equity at ERS, told the board of trustees. The second mandate would be for fiscal year 2016.

Cydney Donnell, a trustee, asked White whether a higher return should be expected from a secondaries investment compared to a commitment to a primary buyout fund.

“Returns are expected to be in the same range, but they usually have lower multiples versus going into a buyout portfolio earlier on,” he responded. “The idea with secondaries is you quickly get through the j-curve or you have no j-curve at all.”

Donnell expressed skepticism about the return, noting that ERS has tried to sell on the secondaries market but was never able to agree with a buyer on an attractive price for both parties.

“Having been in this situation trying to sell positions in the secondaries market, we wouldn’t be willing to take a 20 percent discount in NAV just to wind up positions and they’re always bidding like 30 and 35, it’s a pretty hefty IRR, so we’ve never been able to come up to an agreement, so I’ve always been interested in how people actually could make that transaction happen.”

Texas ERS has $26.2 billion in assets under management.