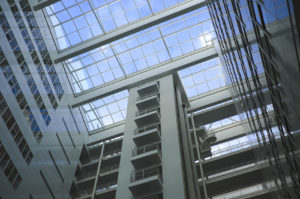 CRPTF is considering a $65 million commitment to Landmark Real Estate VIII, according to board documents from its Wednesday meeting.

Simsbury, Connecticut-based Landmark launched Fund VIII in the fall with a $2 billion target, as Secondaries Investor previously reported. The firm held a first close for the vehicle, which has a $2.75 billion hard-cap, in December on $260 million and an interim close in February with an additional $245 million, according to CRPTF.

Landmark, which has a GP commitment of 1 percent of the vehicle’s capital, expects to close the fund later this year.

The firm closed the predecessor vehicle on its $1.6 billion hard-cap in May 2015 after 14 months of fundraising, sister publication PERE previously reported.

With capital from the fund series, the firm invests largely in non-control, minority limited partner positions in commingled funds. About 30 percent of the fund’s capital is likely to be invested outside of the US, with transaction sizes varying between $1 million to $1 billion. Fund VII’s average deal was $46 million. Its loan-to-value ratio is capped at 70 percent, although the three predecessor vehicles have not exceeded 60 percent leverage.

Landmark has a 14 to 16 percent net internal rate of return target for Fund VIII. The predecessor vehicle generated a net IRR of 36.7 percent as of 31 December. Fund VI, a 2010-vintage vehicle, generated a 21.6 percent return as of year-end.
Fund VIII has a 1 percent management fee, 8 percent preferred return and 12 percent carried interest.

Landmark is raising its real estate fund as the overall real estate secondaries market volume declined to $4 billion in 2016 from $7.5 billion in 2015 because of smaller sales and fewer portfolio deals, according to the CRPTF meeting materials that cite Greenhill Cogent data.

Townsend Group, the pension system’s real estate consultant, noted that future transaction volume is expected to increase as the amount of capital committed to new real estate funds rises and sellers continue to use the secondaries market to manage their portfolios.

Similar to the fund series, Fund VIII has a “very long life,” wrote Townsend, because of its four-year investment period and the long lives of the underlying investments. Funds IV and V, for example, are not fully realized, with vintage years of 2001 and 2005, respectively.

Fund VIII has one seed asset, a $50 million purchase in February of LP interests in a portfolio of assets across the risk spectrum in Washington, DC.

Landmark manages $15.5 billion in committed capital, according to its website. A spokeswoman for Landmark declined to comment.