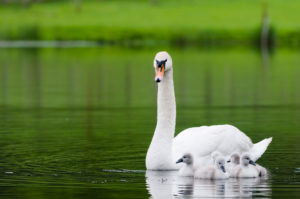 SwanCap Partners has held a $405 million second close on its third private equity fund, according to a filing with the US Securities and Exchange Commission.

The 2016-vintage Private Equity Opportunities Fund III is targeting €400 million, the equivalent of $446 million on 9 June, according to the filing.

SwanCap does not expect to be in the market for more than a year, the filing shows.

KJustus Financial Services in Frankfurt and UniCredit Bank in Munich are listed as placement agents according to the filing, which does not disclose a finder’s fees or sales commissions.

Last year SwanCap launched and held the final close on the €300 million Private Market Fund SCSp SIF, which “was designed and is managed in accordance with specific criteria developed in conjunction with certain large institutional investor clients”, according to a statement from the firm.

SwanCap was founded in 2013 by senior members of UniCredit’s private equity unit and manages a significant portion of the Italian bank’s private equity portfolio, which it bought in early 2014.

It ranked 19th in Secondaries Investor‘s SI 30 this year – which lists the largest secondaries firms by capital raised over the past five years – having raised the equivalent of $2.2 billion since 1 January 2012.