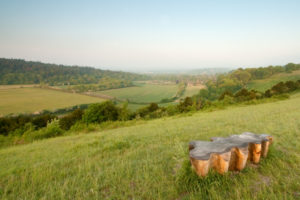 The £3.2 billion ($4.7 billion; €4 billion) UK pension fund approved the commitment on 12 February, according to minutes from its pension fund committee meeting.

SL Capital Secondary Opportunities Fund III (SOF III) is targeting $400 million and its strategy will include niche and less competitive areas of the market, such as stakes in funds of funds and secondaries funds.

Terms of SOF III, disclosed in presentations to the San Bernardino County Employees’ Retirement Association on 12 April, include a net internal rate of return target of 17 percent, with a 10 percent carried interest rate and a 10 percent hurdle rate.

Surrey pension committed $20 million to each of Edinburgh-based SL Capital’s previous SOF vehicles, according to the minutes, which note those investments have “generally been very profitable”. The pension is slightly underweight in its commitment to private equity, and investing in SOF III would help it diversify its exposure to different vintages.

Other secondaries investments the pension has made include Goldman Sachs Asset Management’s Vintage VI fund, according to PEI data.

The pension has over 75,000 members and its target allocation to private equity is 5 percent, according to its 2015 annual report.