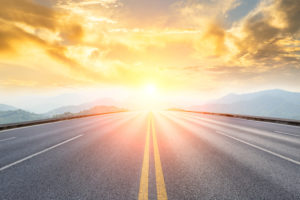 A 2012-vintage buyout fund that failed to hit its target is commanding one of the highest prices on the secondaries market.

A stake in Sun Capital VI sold for 126 percent of net asset value, according to a survey of limited partners that have sold in the past six months conducted by online marketplace Palico. This makes it the highest priced of the 30 funds covered by the survey.

The 2016-vintage Thomas H Lee Equity Partners VII and 2015-vintage TPG Growth III round out the top three, selling for 120 percent and 118 percent of NAV, respectively.

Boca Raton-headquartered Sun Capital closed its sixth fund in 2014 on $2.1 billion, below its target of $3 billion, according to PEI data.

According to performance data from the University of California Regents Endowment Fund, which committed to the fund, the vehicle had a net internal rate of return of 47.4 percent as of the end of June.

Across the 30 funds surveyed by Palico, the average price was 102.5 percent of NAV, the highest price it had recorded since March 2017. The sample includes real assets, private debt, buyout and venture funds.

Just under half of the funds covered in the survey were sold before 20 September, when the S&P 500 peaked prior to its subsequent decline. Palico has seen no notable decline in pricing of funds sold on the secondaries market after 20 September.

“The disconnect between a relatively optimistic outlook for corporate growth and the recent stock market drop accounts for much of the stability seen in private equity secondary prices,” the report noted. Other factors include the record amount of dry capital available for secondaries funds, the increasing use of leverage in transactions and the emergence of non-traditional buyers, which Palico estimates accounted for 22 percent of transactions as of August.