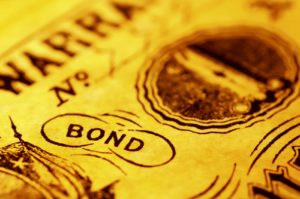 The strong demand for Singaporean state-owned investment firm Temasek‘s issuance of private equity-backed listed bonds shows the market is receptive to complex vehicles and a positive sign for the evolution of the secondaries market, industry sources said.

In June, Temasek announced its $510 million bonds issuance was oversubscribed by more than eight times, meaning the investment firm could have raised more than $4 billion through the securitisation of its Astrea III portfolio, a vehicle backed by cashflows from 34 private equity funds and managed by 26 general partners including KKR, Blackstone and Warburg Pincus.

“The positive news there is that the market is happy again to look into these kinds of more complex structures,” Christian Diller, partner and co-founder of Swiss secondaries firm Montana Capital Partners who has completed securitisation deals, told Secondaries Investor. “It’s also good news for the private equity secondaries market because there’s an additional alternative to the straight secondaries sale.”

Several similar transactions were completed between 2000 and 2007, while the creation of new products largely disappeared after the global financial crisis of 2008-09.

This is not the first time Temasek has securitised private equity-backed portfolios. In 2006, the investment firm launched Astrea I, a vehicle backed by 46 private equity funds, and in 2014 the firm launched Astrea II, backed by 36 funds. While the structure of Astrea I was similar to Temasek’s latest issuance, Astrea II was a private transaction.

These collateralised fund obligation transactions are considered part of the secondaries market because the equity holder, in this case Temasek, technically sells the portfolio to a new vehicle with a new manager, and the original owner can then select which kinds of notes it wants to hold and extract liquidity by selling the equity to a new buyer.

The original holder can also keep the equity, as Temasek has chosen to do through its subsidiaries for Astrea III, and instead issue debt to buyers, in this case through publicly listed bonds.

Astrea III’s highest class notes received an A rating by Fitch Ratings and are denominated in Singaporean dollars, a sign Temasek wants to make it easier for domestic retail investors to get exposure to private equity.

The bond issuance and structuring, which Credit Suisse, DBS Bank and PJT Partners/Park Hill worked on, will be offered across four classes (Class A-1, A-2, B and C) with annual interest rates as high as 9.25 percent. Tranching the portfolio by risk profile will attract different types of buyers and is a good step in the market’s evolution, according to Jason Sambanju, head of Asia secondaries at Deutsche Bank’s asset management unit.

“Any time you’ve got additional types of investors coming into the market you would think that it’s a healthy development because it means there’s increased liquidity in the market and it’s another way of tackling the portfolio management question for LPs,” Sambanju said.

The underlying collateral in Astrea III will have a net asset value of $1.1 billion with an additional $201 million in undrawn capital, Temasek said in the statement. The notes will make up approximately 39 percent of the NAV at issuance, which will provide a sufficient level of over-collateralisation, or a strong buffer in case private equity distributions do not materialise as expected, according to Fitch.

Sector exposure is also largely diversified, with the consumer and discretionary sector representing about 23 percent, technology at 22 percent, and industrials and healthcare represening about 14 percent each.

Successfully constructing a portfolio such as Astrea III depended largely on the quality of the issuer, according to Sambanju.

“The person standing behind the vehicle, in this case Temasek, is very important,” he said. “I don’t think it’s a structure that lends itself to every LP, but LPs of a similar profile could be thinking about accessing the market in this way.”

Astrea III, which issued the bonds, is sponsored by a subsidiary of Azalea Asset Management, itself a unit of Temasek, while a separate Temasek subsidiary, Fullerton Fund Management, manages the Astrea III portfolio.