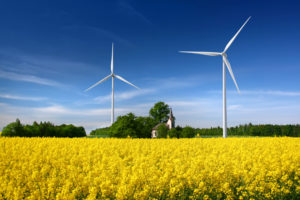 Strategic Partners, which has bought at least three stakes in Doughty Hanson III in the last year, increased its exposure to the fund, this time through its Strategic Partners VI Acquisitions O vehicle.

Strategic Partners VI closed above its $3.5 billion target on $4.4 billion in October 2014 after a year of fundraising, according to PEI’s Research & Analytics division.

The Blackstone unit bought the stake from Tresser LP, according to the filing. Tresser was a vehicle set up in 2003 by HarbourVest Partners to acquire a $1.3 billion portfolio of global buyout and venture capital assets managed by UBS, said Jeff Keay, managing partner at HarbourVest.

HarbourVest bought out UBS’s holdings in Tresser in 2007, becoming the sole investor in the fund. The vehicle still holds a number of very mature fund stakes, which included Doughty Hanson III, Keay said.

Willowridge bought the stake from Credit Suisse through its Credit Suisse First Boston Fund Investments 1997 fund. Secondaries Investor understands this was a sale of a legacy asset that the fund has held for some time. Credit Suisse declined to comment.

Amberbrook VI has been active on the secondaries market, picking up a stake in Cinven’s The Third Cinven Fund from BNY Mellon at the beginning of the year and Adveq’s interest in IK Investment Partners’ Industri Kapital 2000 in October 2014.

Doughty Hanson III had a net return multiple of 1.8x and a gross annualised internal rate of return (IRR) of 20 percent, according to a spokesman for Doughty Hanson, who confirmed the deals had taken place.

The transactions closed on 30 September, according to the filings.