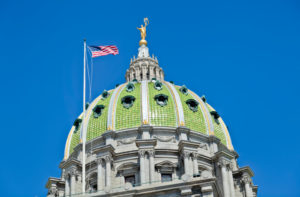 The firm is seeking $5.75 billion for Strategic Partners Fund VII and expects to hold a final close at the end of March, according to documents presented to the Pennsylvania Public School Employees’ Retirement System (PSERS) seen by Secondaries Investor.

The documents state Fund VII was expected to hold its first close on 29 January 2016 on $2 billion and that the hard-cap is $6.5 billion. A filing with the US Securities and Exchange Commission on 20 January shows Fund VII had raised $175.9 million.

Blackstone will commit $115 million or 2 percent of the fund’s aggregate capital commitments, whichever is smaller.

Fund VII will start investing in mid-to-late March and will allocate 75 percent to buyouts, 10 percent to venture capital, 10 percent to mezzanine and 5 percent to distressed, real assets, funds of funds and other funds. The fund will make opportunistic secondaries investments of between $100,000 for a single stake to $1 billion or more for a portfolio purchase, according to the documents.

The fund’s strategy is to focus on purchasing mature portfolios that are fully or near fully invested, and most of its commitments will be made to funds managed by US and western European managers, the documents note. Fund VII is expected to be fully invested within four years of the final close and has an optional one-year extension.

PSERS approved a $250 million commitment to Fund VII, according to minutes from the pension board’s 11 March meeting.