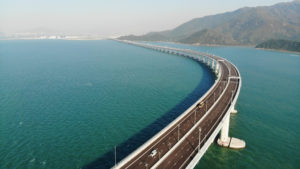 Strategic Partners has broken the back of fundraising on its latest infrastructure secondaries firm.

The Blackstone subsidiary has raised $862 million for Strategic Partners Infrastructure III, according to the firm’s fourth-quarter results. The fund was registered in December and employs Uruguay-based Compass Group and wealth-management-focused iCapital Securities as placement agents, according to a filing with the Securities and Exchange Commission.

Infrastructure III is the successor to Real Assets II, which closed above its $1 billion target on $1.75 billion in April 2018, Secondaries Investor reported. The fund has made a net internal rate of return of 17 percent and a net multiple of 1.2x, according to Blackstone’s results announcement.

In January, Partners Group co-chief executive and head of private equity David Layton said the firm was preparing for a boom in infrastructure secondaries volumes “on the back of record primary raising”.

Secondaries Investor is aware of two infrastructure GP-led deals in market and several portfolios with infrastructure tranches. Last month we reported that Alaska Permanent Fund was coming to market with a portfolio comprised of around 40 percent infrastructure stakes. As much as $2 billion of stakes were initially evaluated for sale, though the transacted amount is likely to be around $500 million.