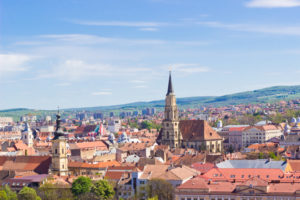 Strategic Partners has purchased a stake in a Europa Capital Management property fund, according to a UK regulatory filing.

Europa Emerging Europe Fund is a €164 million 2007-vintage fund that makes real estate investments in Eastern Europe. Strategic Partners bought the interest through Strategic Partners Real Estate VI Investments, a vehicle launched in December 2014 that has so far raised $200 million of its $750 million target, according to PEI’s Research & Analytics division.

Europa Emerging Europe Fund’s focus is on owner-occupied residential, industrial warehouses and retail investments, according to a document from the University of Michigan‘s endowment, an investor in the fund. The average size of deals from the fund was €10 million, and the fund has invested in projects in cities including Bucharest, Timisoara and Cluj Napoca.

The deal was completed on 24 August, according to the filing.