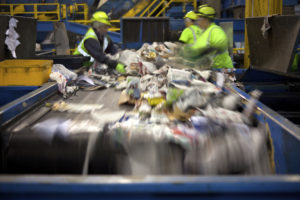 European Mezzanine Fund III is a 1999-vintage fund managed by UK private equity firm Indigo Capital Partners. The fund closed on €250 million and received commitments from the IBM Retirement Fund and the Washington State Investment Board, according to PEI’s Research and Analytics division.

Fund III provided mezzanine capital to 17 medium-sized European businesses, according to Indigo’s website. The fund has one remaining investment, RT Recycling, a German company which manufactures equipment for waste recycling.

Indigo, which declined to comment, is no longer making new investments. The firm’s last fund closed on €550 million in 2007.

In June 2012, Indigo’s French team split to form Paris-based Indigo Capital France. The new firm was led by partners Monique Deloire and Cyril de Galea and has the same branding. It has provided support for the original Indigo Capital’s remaining French investment from its funds III through V.

Strategic Partners also declined to comment. The firm closed its first fund under the Blackstone name last week on its $4.4 billion hard-cap.

Strategic Partners purchased the Indigo stake from BancBoston, the former private equity arm of FleetBoston, which reportedly merged with Bank of America Merrill Lynch in 2005. BancBoston remains a subsidiary of Bank of America, which was unavailable to comment by press time.