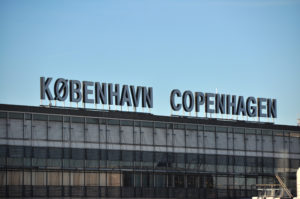 The Blackstone unit acquired interests in funds from JPMorgan Asset Management, 3i Infrastructure, Macquarie Infrastructure and Real Assets and SteelRiver Infrastructure Partners, according to a statement obtained by Secondaries Investor from Campbell Lutyens, which advised on the deal.

The transaction involved around $230 million of net asset value.

“One of the nicer features of organising a broader process for a whole vehicle in a more structured way is that you can create volume, and buyers are more likely to be larger institutions,” Thomas Liaudet, a partner at Campbell Lutyens, told Secondaries Investor.

“There’s a lot of dry powder in the secondaries market and there was quite a strong level of interest [in the deal],” he said.

The five funds are:

The fund stakes were held in a listed investment trust named Global Infrastruktur 2007 AS (GI 2007), which had a NAV of around $382 million as of 30 September. One investor in the vehicle was Headway Investment Partners III, a fund managed by mid-market secondaries specialist Headway Capital Partners, which bought into the vehicle in late 2014 and early 2015. On exit the firm generated a net internal rate of return of more than 30 percent and a 2x multiple.

Other shareholders in the vehicle included Norwegian and Swedish local pension funds, global asset managers, family offices and individual investors, according to Liaudet from Campbell Lutyens.

The advisory firm ran an auction process during the first quarter of this year, which involved a share buy-back option, and a tender offer in the second quarter. According to an April letter to shareholders from the investment vehicle’s advisor detailing the completed process, 16 potential buyers signed confidentiality agreements, and 11 of these gave indicative bids. Three bidders remained in the final round and with Strategic Partners emerging as the winner in July, Liaudet said.

More than 60 percent of shareholders in GI 2007 by value opted to part with their stakes and Strategic Partners agreed to pay 99.5 percent of GI 2007’s NAV based on a 30 September valuation date, or around 97 percent of the underlying funds’ NAV based on 31 December, the letter noted.

Strategic Partners, which is seeking $1 billion for its second real assets secondaries fund, underwrote 100 percent of the deal. The firm used its latest fund, Strategic Partners Real Assets II, according to a source familiar with the transaction.

GI 2007 will continue to be advised by Obligo Investment Management, a Nordic manager focusing on real estate, shipping, private equity and infrastructure, which is owned by Blackstone.

As of April, GI 2007 held underlying investments in 19 countries spread over six continents. They include airports, ports, waterworks and sewerage, power generation and distribution, hospitals, schools and prison assets, according to the letter.

MEIF III, the Macquarie fund, is GI 2007’s largest investment and counts Brussels and Copenhagen airports as its biggest assets. They represented about 37 percent of the investment vehicle. Strategic sales processes on all of MEIF III’s investments have been implemented or planned, the letter noted.