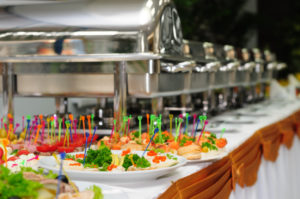 Strategic Partners has picked up a portfolio stakes in four European buyout funds from 50 South Capital, the alternative asset unit of Northern Trust.

CCP VII and CCP VIII are €2.7 billion and €4 billion vehicles from 2003 and 2006 respectively and are managed by London buyout firm Charterhouse Capital Partners. CCP VII had a 43 percent net internal rate of return (IRR) and a 2.2x net multiple on 30 September 2015, according to a source familiar with the fund.

CCP VIII had a 3 percent IRR and a 1.2x net multiple on the same date. The fund holds three key assets including UK financial services firm Acromas, catering company Elior and healthcare equipment maker Tunstall, according to a filing with the London Stock Exchange.

EQT IV and EQT V are €2.5 billion and €4.3 billion funds managed by Swedish buyout firm EQT. EQT IV is a 2004-vintage fund that has exited all eight of its investments, most recently in May 2015, according to EQT’s website.

50 South Capital sold its stakes from its Private Equity Core Fund I and II vehicles. The unit, which was launched last year by Chicago-headquartered asset management giant Northern Trust, invests in secondaries, venture capital, buyout, distressed debt and mezzanine debt, as well as in hedge funds, according to its website.

Strategic Partners and EQT declined to comment. 50 South Capital and Charterhouse did not return requests for comment.