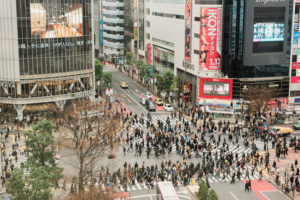 Strategic Partners, through its Strategic Partners Orchis Acquisitions vehicle, is one of the buyers in a $100-million-plus stake divestment by Japan’s Norinchukin Bank, Secondaries Investor has learned.

The deal priced in the first quarter and closed in the second, according to source familiar with the deal. Some of the sales appear to be from funds that are well over a decade old, including the Terra Firma Capital Partners II and Charterhouse Capital Partners (CCP) VII, which are both 2002-vintage, according to UK regulatory filings.

It is understood that Greenhill Cogent advised on the transaction.

Terra Firma Capital Partners II is a €2.1 billion buyout fund with a Western Europe focus. Investors include Canada Pension Plan Investment Board with a C$150 million ($120 million; €103 million) commitment and North Carolina State Treasury, with a $98 million commitment, according to PEI data.

CCP VII is also a Western Europe-focused fund, which hit final close on €2.7 billion. Investors in the fund include New York State Teachers’ Retirement System, with a contribution of $66 million, and Rhode Island State Treasury, with $15.4 million.

The Blackstone unit’s Strategic Partners Orchis Acquisitions was registered in Delaware in May and appears to have been formed especially for these transactions.

According to research by Greenhill Cogent, 2016 had a decrease in sales from Asian financial institutions as divestments related to regulatory requirements tailed off. GP-led deals increased considerably in 2016, accounting for 40 percent of Asian deals by number and 50 percent by transaction volume.