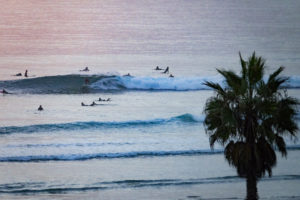 The Encinitas, California-headquartered boutique secondaries firm has raised $20 million for Sweetwater Secondaries Fund II, according to a filing with the US Securities and Exchange Commission dated 6 November. On Monday it registered an offshore vehicle linked to Fund II which is targeting $35 million.

Secondaries Investor reported in May last year that Sweetwater was seeking $150 million for Fund II. It is unclear whether the firm raised a Fund I.

Sweetwater was formed in 2016 to make secondaries, directs and co-investments across venture capital, growth, buyout and infrastructure on a deal-by-deal basis, through tickets of between $5 million and $15 million, Secondaries Investor reported. The firm’s aim is to help less well-resourced limited partners such as smaller endowments and foundations gain exposure to private equity.

The firm was founded by James Gamett, a former partner at StepStone who also spent four years at Portfolio Advisors.