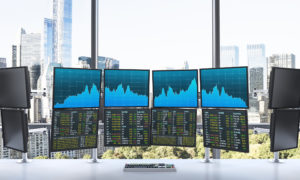 The secondaries market emerged nearly 20 years ago as a liquidity solution for distressed or price-taking sellers in an illiquid asset class, but has since evolved into a $40 billion industry that serves as a powerful portfolio management tool for institutional investors on both the sellside and buyside. Active market participants have grown to include sophisticated counterparties of all types and sizes, and across all geographies. Today, seller motivations and strategies can vary dramatically, but the common theme is the desire to manage exposures in illiquid private portfolios. The way in which institutional investors view and manage their private portfolios has shifted considerably over the last 20 years and the prevalence of the secondaries market is a driving force behind this change.

As the secondaries market has developed, the composition of secondaries supply has diversified with nearly 30 percent of funds sold by Greenhill Cogent during 2015 composed of strategies other than buyout and venture. Given the concentration of primary fundraising activity in buyout and venture strategies, these strategies are expected to continue to be a sizeable portion of secondaries volume, but strategies such as real estate, credit, energy, infrastructure, timber and funds of funds are expected to continue to gain share.

Aggregate secondaries pricing has increased alongside market volume growth, from 73 percent of NAV on average for buyout funds in 2008 to 94 percent of NAV in 2015. Even as aggregate pricing has experienced a steady upward momentum over the last ten years, bid dispersions (the difference between the high bid and the low bid for any given asset) continue to be substantial for most funds, indicating that successful outcomes require knowledgeable and credible counterparties and well-structured transactions.

Traditional LPs such as pension funds, endowments and foundations, financial institutions and sovereign entities, have opportunistically purchased fund interests managed by existing relationships, but have in aggregate been far more active on the sellside. Most traditional LPs operate with small teams and have limited bandwidth to diligence secondary buy- side opportunities in non-existing manager relationships. Furthermore, many traditional LPs have been investing in private funds for 15 or 20 years and as such have sizable legacy portfolios and a greater strategic use for the secondaries market on the sell side.

Endowments and foundations were among the first institutions to access the market for motivations other than a near-term need of liquidity and have consistently been the most active type of seller based on the number of transactions completed annually.

Select traditional LPs have committed meaningful resources to develop the capabilities to buy large portfolios, but the vast majority are only active on the buyside in a targeted way.

Asset managers, including both secondaries and primary funds of funds, have historically been most active on the buy side, but over the last three years have increasingly driven a sizable portion of the sell-side activity.

Asset managers are natural buyers due to their relatively large and experienced teams, which provide ample resources to diligence secondaries opportunities, and their efficient internal decision-making processes. Even with inherent characteristics favouring buy-side activity, Greenhill Cogent estimates that asset managers were sellers in over 18 percent of the completed transactions in 2015 and over 16 percent of completed transactions in 2014.

Asset manager sell-side activity is driven by the need to wind down aging investment vehicles, which are in many cases past their original fund lives, coupled with the desire to return capital to their investors in advance of their next fundraise. Asset managers have also been quick to take advantage of pricing arbitrage opportunities; selling individual fund interests when a buyer is offering a price significantly above what they believe is justified by the projected forward performance.

GPs have always been a party to secondaries as they are typically required to approve transfers, but in the last five years their involvement has expanded into taking a proactive role in managing their funds through GP-led secondaries transactions.

Early GP-led transactions were concentrated in fund restructurings; where a GP facilitated material changes to the fund terms and/or investor base in order to solve for some form of dislocation at the fund/GP level. Recent activity has shifted towards GP-led tender processes whereby LPs are given a liquidity option without material changes to the fund structure. GP-led tender transactions are generally viewed more favourably by the LP community and, if structured correctly, can remove a number of the potential conflicts of interest often present in a full fund restructuring. While win-win-win results can be difficult to achieve in certain circumstances, GP-led transactions are rapidly becoming a solution to the often never-ending fund life phenomena and are positioned for continued growth. Greenhill Cogent estimates that GP-led transactions were approximately 30 percent of aggregate secondaries market volume in H1 2016, compared to 18 percent of volume in full-year 2015. Buyout funds continue to account for the largest segment of the GP-led market, representing approximately 65 percent of transactions in H1 2016, but as the market develops we expect that the composition will continue to diversify to other strategies (real estate, venture, infrastructure, etc.).

A major development over the last three years has been the blurred delineation between buyer and seller. As noted previously, groups that have been historically focused on buyside activity have begun to actively sell assets in parallel to their buyside activity. Likewise, traditional LPs that have historically been predominately sellside market participants have developed capabilities to opportunistically participate on the buy side.

These buyers view their secondaries expertise as a way to generate value for their LPs, regardless of whether the opportunity is on the buy side or the sell side. This is a long-term trend, which is expected to accelerate as the market continues to develop and as traditional LPs, asset managers and GPs find new ways to utilise secondaries to achieve their objectives.

Brian Mooney is a managing director of Greenhill Cogent and has more than 15 years of secondaries market experience. Prior to co-founding Greenhill Cogent,  Brian was part of the investment team at The Crossroads Group where he focused on secondaries acquisitions as well as primary investments and equity co-investments.

Jeremy Joersz is a vice-president at Greenhill Cogent, part of Greenhill’s Capital Advisory group. He joined Greenhill Cogent in 2010 and is a member of  the firm’s secondaries advisory team. He is responsible for all aspects of client engagements and transaction execution, including preparation of engagement materials, valuation analysis, due diligence, structuring and marketing.