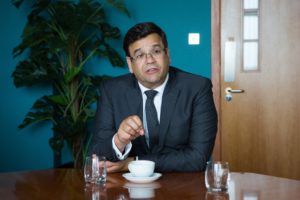 The State of Michigan Retirement Systems has committed $150 million to Coller International Partners VII during the second quarter, according to a September report from the pension plan’s investment advisory committee.

In the 12 months ended 30 June, the State of Michigan Retirement Systems’ private equity division returned more than 12 percent, or $1.4 billion net of contributions, according to the document that was released in September.

It noted in its report that its private equity division has been evaluating co-investments and secondaries opportunities to enhance returns and to average down fees. The private equity division is so far tilted toward buyouts, with more than half of the $9.9 billion programme, or $5.5 billion invested in funds following that strategy. The State of Michigan Retirement Systems is also committed to several HarbourVest funds including HarbourVest Dover Street VIII.

London-based Coller held a first close on Coller International Partners VII in July with $3.1 billion, Secondaries Investor previously reported. The fund is targeting $5.5 billion and has a hard-cap of $6.5 billion.