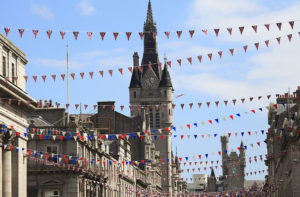 Standard Life Aberdeen is planning to launch a venture capital secondaries fund in the second half of next year, Secondaries Investor has learned.

A source familiar with the matter said the decision was motivated by the bright prospects of the European venture capital market and the fact that so many VC funds are coming to the end of their lives with significant remaining net asset value.

It is understood the target of the fund has not yet been decided.

According to data from Pitchbook, VC funds of 2000-2007 vintage hold $67 billion in net asset value globally. European VC funds account for $9.6 billion of that total.

Standard Life and Aberdeen Asset Management completed their merger in August, creating an entity with £583 billion ($781 billion;€663 billion) in assets under management, £28 billion of which is allocated to private equity.

Aberdeen is raising Aberdeen US Private Equity VII which is targeting $300 million and set to close in the first quarter of next year, Secondaries Investor understands. The fund has a 15-20 percent allocation to secondaries and direct co-investments, according to an Aberdeen document on the fund seen by Secondaries Investor.

Venture capital funds accounted for 18 percent of stakes that changed hands in during the first half of 2017,  real estate 27 percent for and buyout 31 percent.