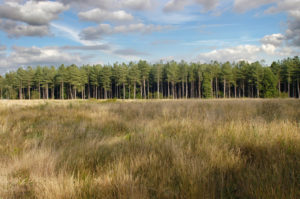 Stafford Capital Partners is raising its eighth international timberland fund with a target of $500 million and a 50 percent allocation to secondaries, according to Stafford Timberland partner Stephen Addicott.

The firm is planning to hold a first close in October, due to a deal it has in the pipeline and soft commitments of around $190 million from investors in the firm’s previous funds.

The fund has a greater allocation to secondaries than its predecessor, after Fund VII increased its allocation from an intended 30 percent to 51 percent due to well-priced secondaries dealflow, said Addicott.

“What we are finding is that access to well-priced and quality assets, particularly in New Zealand and the US, is coming through secondaries,” he told sister publication Agri Investor.

Stafford’s international timberland funds are typically geographically diversified with assets across the US, Australasia and Latin America. Investors include European and Australian pension schemes, as well as one US investor and some endowment funds and family offices. One LP, the Victorian Superannuation Fund, has invested a total of $271 million in Funds IV to VII, according to its chief executive Michael Dundon.

“There was a lot of institutional investment in timberland [between 2006-2008]. We are seeing those funds nearing completion,” said Addicott, describing the situation as “unique”.

“At that time timberland prices were increasing on the back of the strong housing market in the US, and of course with the drop off … the returns from those primary funds have been affected. What we are seeing now is that some institutional investors are interested in rolling the funds over, and benefitting from the gradual uplift in US housing starts, but some are saying it’s the end of term and we are interested in selling our stake.”

Increasing the target for Fund VIII will mean that the firm can increase its bite-size, giving the fund more purchase options and improving dealflow.