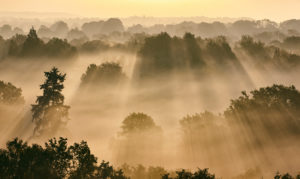 Stafford Capital Partners has raised more than a third of the target for its latest timberland fund of funds and has already made one secondaries deal from the vehicle.

The London-headquartered investment firm held the first close on $180 million for Stafford International Timberland Fund VIII, according to a statement. The fund’s target is $500 million, as sister publication Agri Investor reported in July.

SIT VIII will acquire limited partnerships stakes, invest in separately managed accounts and co-investments, and will commit to funds in the strategy.

Stafford has used the fund to acquire a diversified portfolio worth around $50 million containing five US timberland funds, marking its debut transaction, according to the statement.

The firm has closed $497 million in timberland deals over the past 12 months including six secondaries transactions. One of these deals, executed from SIT VII, raised $80 million from new and existing clients, according to the statement.

Stafford has $4.4 billion under management and advice. The firm also manages investments in agriculture, private equity, infrastructure and other alternative assets, and has offices in seven global locations.