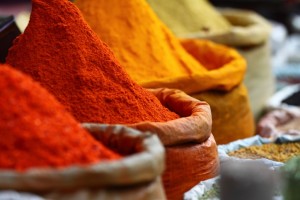 Spice Private Equity, a fund of funds based in Switzerland, has acquired limited partnership interests in two Indian funds and in two Latin American funds, according to a statement.

The total private equity exposure of the acquired fund stakes was $20 million.

“This secondary transaction represented a further step in the implementation of Spice Private Equity’s overall emerging markets strategy of adding established GPs to the portfolio and increasing the allocation to secondary transactions in Asia and Latin America,” said the firm, which changed its name from APEN at the beginning of the year.

NYLIM Jacob Ballas Asset Management Company III is an India-focused manager founded in 2000 that has raised more than $600 million. IL&FS Investment Managers Limited has been the private equity arm of IL&FS since 1996 and has raised and managed 16 funds. It has $3 billion in assets under management. GP Investments targets large-cap opportunities in Latin America. It has invested more than $3.5 billion in 53 companies across 15 different industries since its inception in 1993.

The Swiss publicly-traded fund of funds is partly owned by GP Investments, Fortress Investment Group and Newbury Partners, after a refinancing in 2013 when it switched investment focus to concentrate on co-investments and secondaries private equity opportunities in emerging markets.

Last year, Spice also sold on the secondaries market, unloading a $192 million legacy portfolio of fund stakes to Blackstone’s Strategic Partners to be able to better focus on its emerging market investment strategy. The transaction closed on 31 December.