Special situations funds are in demand going into the new year, according to a survey seen exclusively by sister publication Private Equity International.

Their popularity is due to expectations of a change in market conditions during 2018 and the funds trading at discounts due to their underlying complexity, according to Asante managing partner Warren Hibbert.

“The interest in special sits is potentially relative to where we are in the cycle, where some view there being significant upside ahead that may not be reflected in the portfolio carrying values,” Hibbert said. “This is in contrast to core infra and real estate where the asset values are easier to define.”

Buyout funds remain the most popular among buyers, followed by growth capital and venture capital, according to the survey. 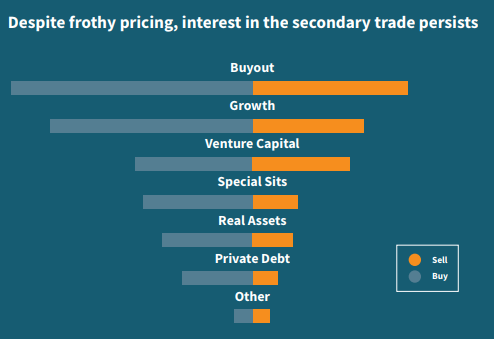 Almost half of respondents said that they were likely to carry out a direct secondaries transaction (48 percent), either as a buyer or seller in 2018, while 41 percent envisaged taking part in a complex transaction such as a restructuring or tender offer.

Almost all respondents expect to buy or sell an LP interest next year.

It is not clear how many of the 112 senior investment professionals in Asante’s survey responded to the secondaries questions.

According to the report, the increasing popularity of less traditional secondaries transactions “reflects a maturing secondaries landscape as players seek to maximise liquidity and option-value in an increasingly congested market.”