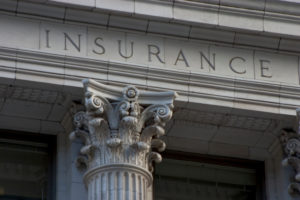 Solvency II, the EU regulatory framework that governs how much capital insurance companies must hold against particular assets, is already driving secondaries deal flow, according to market participants.

Although the regulation only comes into full effect in January 2016, insurance companies are already making quarterly calculations around whether they can make new commitments to private equity, or in some cases whether they must sell, according to Dominik Meyer, managing director at advisory firm Axon Partners in Zug, Switzerland.

“European insurance companies are important providers of commitments to the industry,” Meyer told Secondaries Investor. “Private equity has been a very good asset class for them and their chief investment officers would typically love to have more private equity on the books, but the Solvency regulations prevent them from making further commitments,” he said.

Unlike the Volcker Rule in the US which largely prohibits banks from holding private equity, Solvency II makes it expensive for insurance firms to hold riskier assets such as private equity, and this means some firms are turning to the secondaries market to sell. Meyer said his firm is currently working with an insurance firm which is looking to sell private equity assets as a direct result of Solvency II, although he declined to specify the size of the deal.

The European insurance industry has historically accounted for about 9 percent of investment in European private equity, according to law firm Proskauer, and Solvency II coupled with portfolio management reasons will ensure they are an active part of the secondaries market.

Some European insurance companies and pension funds have been building larger teams with secondaries-focused people to better position themselves as buyers in the secondaries markets and that is helping them on the sale side as well, said Yaron Zafir, a principal at Rede Partners.

“Those same people, given their secondaries market expertise, tend to take a look at the groups’ existing portfolios and examine whether it makes sense to sell any positions in the secondaries market,” Zafir said. “It’s an interesting effect that has lent itself to these groups also becoming more disposed to sell fund positions in the market, becoming both buyers and sellers at the same time.”

While banks may have largely sold off the bulk of their private equity assets as a result of Volcker and the Basel III banking regulations, sales from insurance firms are likely to continue, though disposals will be gradual, according to Meyer.