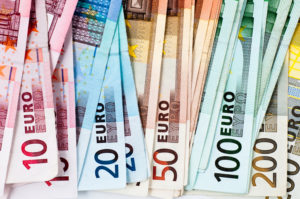 Secondaries pricing is likely to soften in the next 18 months in line with a slowing global economy, said co-founder and partner of Headway Capital Partners Sebastian Junoy.

An economic slowdown, signs of which are already clear in Europe, is likely to increase the liquidity needs of private equity investors, helping to get deals over the line. The firm’s “biggest competition on deals is just people saying no” due to differing pricing expectations, he said.

Headway Investment Partners IV held a final close earlier this week on its €372 million hard-cap, in news first reported by Unquote. The fund launched in February 2017 and counts on support from investors such as London-headquartered alternatives manager Connection Capital, according to PEI data.

Asante Capital was placement agent and Macfarlanes the legal advisor on the fundraise.

Predecessor HIP III raised €175 million against an unknown target by final close in December 2013, after around 19 months in market.

HIP IV has already made 10 investment out of a total of 30, Junoy said. It invests primarily in GP-led fund restructurings, direct secondaries and preferred equity deals in Europe and North America. It can do co-investment secondaries deals and will occasionally buy portfolios of stakes. Headway can invest as much as €50 million in a deal but has done larger deals with co-investors, Junoy said.

Deals carried out by HIP IV include the restructuring of 2014-vintage Spanish buyout fund Al Andalus Capital and the extension of structured financing to help small-cap private equity firm Founders Equity buy a stake in a medical billing company, Secondaries Investor has reported.