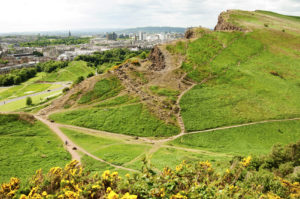 This story was updated to add comments from the firm.

It acquired an original commitment of €15 million in Nordic Capital Fund VII in February and assumed outstanding commitments of £2.1 million (€2.9 million, $3.2 million) on acquisition. SLEPET paid £10.6 million for the stake, which represents a 2.5 percent discount to the 30 September 2014 valuation of the fund.

Nordic Capital Fund VII closed in 2008 with €4.3 billion and focuses on large and medium-sized companies in diverse industries, with a special focus on healthcare.

Permira Europe III closed in 2003 with €5.08 billion and focuses on buyouts in Western Europe. The fund is fully invested. Permira IV closed in 2006 with €9.64 billion and invests in buyouts on a global basis. It is partially liquidated, according to research by PEI’s Research and Analytics division.

“These are all funds that are well known to us and indeed the Investment Trust already has exposure to all of the managers via primary investments,” said Patrick Knechtli, a partner with SL Capital. “These positions are a good fit for the portfolio given the Trust’s focus on high quality European buyout funds.”

Knechtli added that a degree of increased volatility in the secondary market at the end of 2014 and early 2015 helped the company secure these positions at attractive prices.

The firm, which has €7.2 billion in assets under management, was already a limited partner in Permira IV, according to PEI data.