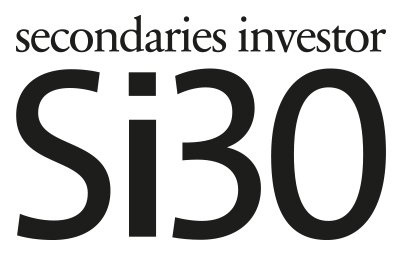 $200 billion. That’s how much advisory firm Evercore estimates could be available for secondaries between the second half of this year and the first half of 2019. The figure includes around $64 billion in dry powder as of 30 June and around $77 billion expected to be raised.

Such a huge amount of capital is nothing to worry about, according to Jeremy Coller, founder and chief investment officer of secondaries powerhouse Coller Capital. At 2017 transaction levels – as much as $58 billion was traded on the secondaries market last year – there is around one-and-a-half years of buying power, Coller wrote in the firm’s annual report in July.

It is fitting, then, that this year’s SI 30 ranking – which tracks capital raised in the last five years – depicts a sector continuing to grow. These 30 firms have amassed $193.7 billion among them, slightly more than the $190 billion in last year’s ranking.

More than one secondaries fund has closed on average every month since we compiled our previous report. These include $7.12 billion for Goldman Sachs Asset Management’s Vintage VII fund, $2.66 billion for Lexington Partners’ fourth mid-market fund and $1.5 billion for Portfolio Advisors’ Secondary Fund III.

While the order of the firms comprising this year’s top 10 – which raised a combined $141.5 billion – has changed, the market leader has not. Ardian claims the title as largest secondaries fundraiser for the third year in a row, having raised $28.3 billion over the last five years,  1.7 times more than its closest competitor, Lexington. Amid high pricing in the secondaries market – around a 2 percent discount to net asset value for buyout funds in the first half of this year, according to Greenhill Cogent – appetite for the strategy remains “huge”, says Olivier Decannière, Ardian’s UK head.

Investors are comfortable there is “good downside protection” as well as less concentration because of Ardian’s strategy of buying portfolios of funds, he wrote in the firm’s Activity Report 2017.

While the composition of the top 10 firms in this year’s list hasn’t changed – a sign that the largest players continue to control the bulk of the strategy’s capital – there are five new entrants to the overall ranking. Most of these are firms that are experts in niche strategies: the GP-led transaction-focused Glendower Capital; Montana Capital Partners, which focuses on complex deals in the smaller end of the market.

What’s also telling is at least half of the firms in the list are fundraising. In fact, seven of the top 10 are hoping to raise a combined $53.5 billion for funds that have either launched or are in pre-marketing mode. With several closes expected over the next 12 months, chances are next year’s SI 30 will be even bigger than ever.

– Stay tuned for more SI 30 news and analysis this week.

How we determine the 2018 ranking

Where two firms have raised the same amount of capital over this time period, the higher SI 30 rank goes to the firm with the largest active pool of capital raised since 2013 (ie, the biggest single fund). If there is still a ‘tie’ after taking into account the size of a single fund, we give greater weight to the firm that has most recently raised a pool of capital.

We give highest priority to information that we receive from or confirm with the firms themselves. When secondaries firms confirm details, we seek to ‘trust but verify’. Some details simply cannot be verified by us, and in these cases we defer to the honour system. In order to encourage cooperation from secondaries managers that might make the SI 30, we do not disclose which firms have aided us on background and which have not. Lacking confirmation of details from the firms themselves, we seek to corroborate information using firms’ websites, press releases, limited partner disclosures, etc.

Secondaries capital: For purposes of the SI 30, the definition of secondaries capital is capital raised for a dedicated programme of investing directly into the secondaries market. This includes equity capital for diversified private equity, real estate, buyout, growth equity, venture capital and turnaround or control-oriented distressed secondaries investment opportunities.

Capital raised: This means capital definitively committed to a secondaries investment programme. In the case of a fundraising, it means the fund has had a final or official interim close after 1 January 2013. You may count the full amount of a fund if it has a close after this date. And you may count the full amount of an interim close (a real one, not a ‘soft-circle’) that has occurred recently, even if no official announcement has been made. We also count capital raised through co-investment vehicles.

What does count as secondaries?

– Capital raised by secondaries firms that happen to be publicly traded

What does NOT count as secondaries?