Setter Capital has published its half-year report on the state of the secondaries market.

Based on a survey of 97 buyers including Coller Capital, Strategic Partners and AlpInvest Partners, the Toronto-based intermediary put first-half total transaction volumes at $46 billion, above Greenhill and Evercore‘s respective estimates of $42 billion and $44 billion. Here are the key takeaways.

GPs and banks the biggest sellers

GPs, not including funds of funds and secondaries funds, were the biggest sellers by volume in the first half, accounting for 28 percent of the total. Banks accounted for 19 percent – a figure heavily influenced by Norinchukin Bank’s sale of a roughly $5 billion portfolio to Ardian, Setter noted.

Respondents expect pensions to be the biggest sellers in the second half, with funds of funds/secondaries funds and endowments tied for second place, accounting for an expected 17 percent of transaction volumes each.

A big first half for debt secondaries

“Fundraising in mezzanine and distressed has been $40 billion to $60 billion a year going back 15 years,” said Pantheon partner Francesco di Valmarana. “Since the financial crisis we’ve seen debt funds used as a non-bank avenue to direct capital into the loan markets. You expect to see that primary fundraising turn into secondary deals within a time horizon of three to five years.”

Venture capital and funds of funds also rose appreciably as a proportion of total transaction volumes, by 64.3 percent and 89.8 percent respectively.

Levels of intermediation are on the rise

Around 75.4 percent of deals involved intermediaries, an 11 percentage point rise on the first half of last year.

“We expect the level of intermediation to rise in response to the entrance of new agents and as sellers struggle to stay on top of the ever-growing buyer universe,” Setter wrote.

Buyers are focusing on core markets – for now

The proportion of buyers who broadened their scope into a new asset class or strategy, such as direct secondaries, stood at 13 percent in the first half of the year. The proportion that intend to broaden their focus in the second half is nearly double that at 29 percent.

“Most of the secondary LP mandates [we see] are becoming more flexible, with growth, venture and mezzanine fund stakes,” said Thomas Maurel, managing partner at Amsterdam-headquartered secondaries advisor and placement agent Valery Capital. “Secondaries funds are having difficulty deploying in good buyout deals and are enlarging their mandates.”

Largest firms eating up more of the market

The largest 13 firms, those that deployed more than $600 million in the first half, accounted for 68.6 percent of total market volume. At the same time, mid-sized and small firms saw their market share decrease by around 4 and 1 percentage points, respectively. 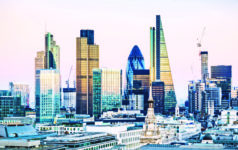