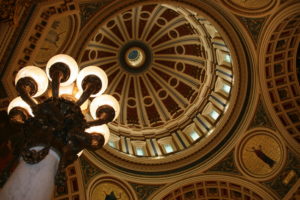 The Pennsylvania State Employees’ Retirement System (SERS), one of the US’s largest public pensions, has approved a commitment to Ardian‘s latest secondaries fund as well as a separately managed account to co-invest alongside the vehicle.

The pension will invest up to $100 million in Ardian Secondary Fund VII B (ASF VII), according to a statement released by SERS. ASF VII acquires limited partnership interests through secondaries market acquisitions in buyout and growth equity funds and direct interests in portfolios of operating companies, according to the statement.

SERS will also commit up to $50 million in ASF VII PA Co-Investment Fund which is to be invested alongside select investments of the ASF VII fund, according to the statement.

Investors are hungry for co-investments opportunities with Ardian. In 2014, the firm raised $1 billion for co-investments alongside Fund VI, and it is expected to close on a similar amount this time round, having already received commitments including $150 million from Ohio Public Employee Retirement System (Ohio PERS), $200 million from Caisse de dépôt et placement du Québec (CDPQ), $400 million from a GIC-controlled vehicle and undisclosed amounts from groups including Canada’s PSP Investments.

Ardian is seeking $9 billion for its seventh dedicated secondaries fund which launched in May last year, as reported by Secondaries Investor‘s sister publication Private Equity International. Investors in the fund so far include Ohio PERS and CDPQ, according to PEI’s Research and Analytics division.

The Paris-headquartered firm’s previous secondaries vehicle, AXA Secondary Fund VI, closed on $9 billion after just six months of fundraising and was the largest dedicated secondaries fund ever raised at the time.

SERS, which has almost 230,000 members, has nearly $26 billion of assets, according to the statement.