Sequoia Capital, New Enterprise Associates and Accel Partners top the rankings of the 25 most sought-after US venture capital funds on the secondaries market, according to a ranking released by Toronto-based advisory firm Setter Capital.

The nine funds rated ‘very good’ are rated in the following order:

Setter has relaunched its SecondaryLink platform where it uses its data to compile lists on the top funds on the secondaries market. 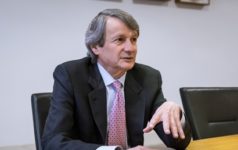