Limited partners could be better off selling tail-end fund positions than holding their stakes, even if they sell at a double digit discount, a report has found.

Research by advisory firm Upwelling Capital Group has found that private equity funds held for more than 10 years tend to deliver flat or declining returns. The research, titled Watch Your Tail-End, looked at a data set containing as many as 1,496 US funds with vintage years 1998 to 2011.

“You have idle capital that is not even generating risk-free returns,” Upwelling founder Joncarlo Mark told Secondaries Investor. “That is effectively an opportunity cost that weighs not only against private equity portfolios but against broader total portfolio returns.”

There is around $525 billion in unrealised value in funds older than 10 years, according to the report. Nearly 75 percent of this is in private equity, venture capital and growth funds.

The research “throws a curve ball” at conventional wisdom that investors are better off waiting several years to receive capital back than selling at a discount, Mark said.

“That reflects a disregard to the present value of that capital. This evidence shows that tail-end positions are both more illiquid than people think and much worse performing than people think.”

The models assumed distributions are reinvested at a constant 7 percent compounding annually.

Looking at mean returns from the funds in the data set, the research found that the “sell” strategy, in which a fund stake is sold at a 12.7 percent discount at the end of year ten, returns a higher total value than both the “long hold” and “short hold” strategies starting in year 16.

Holding funds for longer than 10 years brings more downside risk than upside potential relative to fund’s initial decade and in some situations, investors may be better off selling at a 35 percent discount or more than holding the fund stake until it winds down, the report noted.

Investors need one or more of the following for a “sell” scenario to be more advantageous than holding:

Institutional investors often do not want to sell at a discount and expect the return of remaining capital as a fund winds down. The research shows this is not the case, Mark said. Many institutions end up selling fund stakes that attract lower discounts and holding those that attract higher discounts, he added.

“Ironically, many investors would have been better off over the last five years selling the funds that resulted in higher discounts and redeploying that capital into private equity, which has performed quite well over the same period of time,” he said.

For the buyers of tail-end fund positions, it is more than simply a discount that makes acquiring stakes attractive, according to Jim Moody, a director at Upwelling.

“[Secondaries buyers] may really like one of the companies that a GP is holding, and they may make a direct investment with that company or give additional capital to the manager to make the investment,” Moody said. “They’re looking for all the different angles they can take in order to boost returns.”

The research also examined 372 US private equity funds that Adams Street Partners committed to between 1979 and 2008 and found that almost half took longer than 15 years to wind down.

“Without a plan to systematically address long-lived funds, limited partners could see overall returns impacted by drag from tail-end funds,” the report noted. 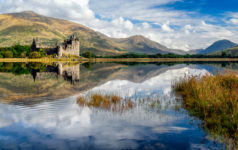 Fundraising 20 hours ago
Added to your Saved Articles
Loading
Unsave Article
Please confirm you would like to remove this article from your saved articles.
Share with other subscribers
Only logged in subscribers of this site will be able to access the shared article.