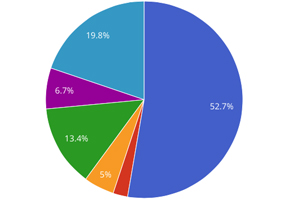 Secondaries make up 6.7 percent of all private equity capital raised in 2014, up from 4.8 percent in 2013, according to PEI’s Research and Analytics division.

Secondaries became a more popular investment strategy for private equity funds. It ranked fourth in 2014, as a proportion of all private equity capital raised, and fifth in 2013.