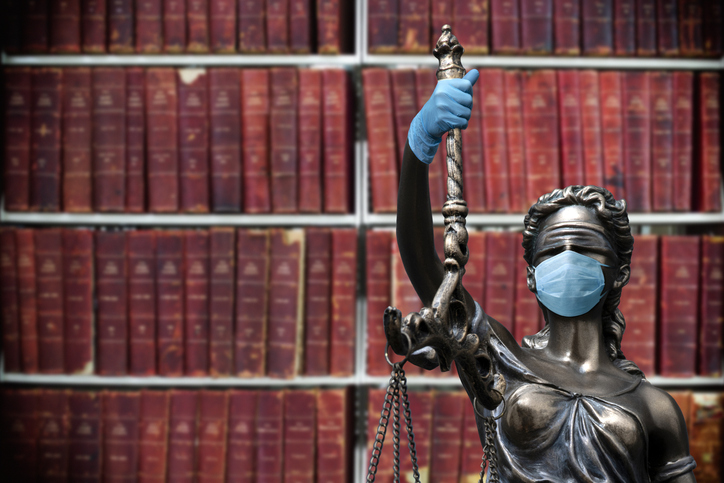 These firms self-reported nearly $275 billion in transaction volume, compared with $195 billion reported by the firms in the previous year’s list. That increase sits over a pandemic-dented 2020 secondaries volume of just under $62 billion, a 27.7 percent reduction from the year before, according to Setter Capital.

Seven of this year’s respondents indicated a tilt toward GP-leds and five to LP stakes. One firm reported an even split.

Total self-reported volumes for firms with a majority of GP-led transactions more than tripled that of firms with an LP focus – $150 billion versus $45 billion. Most firms that focused more on LP stakes also reported material GP-led deal volumes.

Deal volume was defined as purchase price plus unfunded commitments. With the exception of Proskauer, all the firms who participated in the survey told Secondaries Investor they would count deal volume only once in any cases where they may have advised on both sides of a transaction.

Akin Gump advised on 62 transactions during the year worth around $21 billion. Fully 90 percent of these were GP-leds and of those, 90 percent were private equity, with the remainder in real estate. LP stake transactions, which made up 10 percent of overall volume, were a mix of PE, VC, RE and credit. The firm closed two single-asset deals worth approximately $2 billion.

Davis Polk, which did not participate in the previous survey, reported $2.5 billion of transactions. By type, 80 percent were GP-led, and of those 14 deals were single-asset, plus one preferred equity deal. By asset class, 90 percent were private equity, with the remainder in venture capital. The firm, which noted one of the quickest average deal launch to close timeframes at 10 weeks, said it had about 10 deals fall through, some larger than $1 billion, which it sees in the 2021 pipeline.

Debevoise & Plimpton, which in May elevated a secondaries focused lawyer to partner, doubled its reported volume to roughly $18 billion. The vast majority, 96 percent, was GP-led deals. The firm also closed nine single-asset deals, as well as a “sizable number” of concentrated transactions involving a handful of assets.

Dechert was the firm with the highest reported concentration of LP stake deals at 80 percent. Its total transaction volume decreased slightly to $5 billion after advising on Norinchukin Bank’s mammoth sale in 2019 to Ardian.

Dentons was the sole firm to report a 50:50 GP-led/LP stake split in its $1.75 billion reported volume. Fully 90 percent of its deals were in private equity, with the bulk of the reminder in infrastructure and a small amount in credit.

DLA Piper, new to the list last year, said it was surprised on the LP portfolio side to see how quickly volume and pricing recovered after a small blip in March and April. The firm completed 125 transactions worth $11 billion, 70 percent of which were LP fund stakes. Among the remainder were $1 billion of single-asset deals, $500 million of preferred equity and $200 million of NAV lending.

Gibson Dunn & Crutcher did not see the LP side of the market thaw until September, noting that by dollar volume, a lot of its LP deals were initiated in 2019 or signed before the pandemic. Included in the firm’s $4.8 billion of volume were four single-asset deals worth $1.7 billion and “numerous” preferred equity deals and NAV loans. The firm noted these types of transactions are more typical in real estate, which accounted for 30 percent of deals. The remaining 70 percent was in private equity.

Hogan Lovells reacquired its former secondaries team in June of last year from Paul Hastings. London-based partner Ed Harris, counsel Leanne Moezi, and Virginia-based partner Adam Brown all returned after a year with the firm’s rival. The firm advised on $7.2 billion-worth of deals. Roughly 60 percent were GP-led transactions, including seven single-asset deals worth $4.2 billion, and two preferred equity transactions worth more than $320 million.

Kirkland & Ellis advised on 135 transactions representing more than $57 billion of transaction value. It hired secondaries expert Társis Gonçalves away from Paul Hastings in June, peeling him away from the rest of the team who had left Hogan Lovells together the year prior. The firm completed 49 GP-led deals aggregating $31 billion, as well as three stapled tender offers, worth $2.55 billion. The firm advised on 11 single-asset deals, 18 preferred equity transactions, and roughly 15 NAV loans. The majority, 80 percent, came in private equity, with the remainder in infrastructure and real estate.

The firm expects the evolution of GP-led transactions to continue in 2021 across the US, Europe and Asia, with more repeat players on the sponsor side, as well as new entrants exploring GP-led transactions for the first time, according to partner Ted Cardos.

“While we expect single-asset deals to grow in popularity, we think that the breadth of GP-led transactions will be maintained,” Cardos said.

Linklaters, which appeared for the first time in the previous year’s survey, continued its momentum by scoring $10 billion of transaction volume, a jump from the previous $7 billion. It did not provide further details of its 2020 activity.

Also representing the LP-weighted firms was Morgan, Lewis & Bockius, which saw deal volume rise to around $23.6 billion from $14.5 billion the prior year. LP deals accounted for 70 percent of deals – a roughly 20 percentage point drop from the year prior. The firm hired four private equity- and secondaries-focused lawyers in May last year away from Morrison & Foerster. The firm closed 27 single-asset deals representing approximately $7 billion. Buyouts accounted for most of the volume at 40 percent, with infrastructure at 25 percent, real estate at 20 percent and venture capital at 15 percent.

Proskauer Rose reported over $46.3 billion of volume. LP stake sales represented 40 percent of total transactions by value. Among the remaining 60 percent of GP-leds were 15 single-asset transactions worth $4.7 billion and one preferred equity deal worth $150 million. Private equity accounted for nearly 70 percent of the transactions, with around 20 percent in venture capital, 10 percent in real assets, and less than 5 percent in credit.

Ropes & Gray advised on 225 transactions worth over $72 billion across fund recapitalisations, preferred equity deals, single-asset recapitalisations, spin-outs and classic secondaries transactions. According to partner Isabel Dische, transactions surged in the back half of 2020 across all asset classes and geographies. The firm advised a European investor on a GP-led restructuring of funds comprising more than $22 billion in assets and 30 fund investments, many of which are bespoke fund-of-one structures, as well as an Asia-Pacific sovereign wealth fund on a series of sales and preferred equity financings totalling over $4.4 billion.

Three-quarters of the transactions Stephenson Harwood worked on were GP-leds. The bulk of these transactions were growth and buyout equity. Of interest, more than half of the GP-led deals were single-asset deals, while the majority comprised three assets or less. The firm also closed one preferred equity deal. Surprising to the firm – which did not provide deal volume figures – was “the sudden and marked increase in the number of new market participants, whether the proliferation of new intermediaries or funds lawyers pivoting towards secondaries specialism”.

The only first-time participant in this year’s survey was New York-headquartered Winston & Strawn. That firm advised on just under 70 transactions closing in the last calendar year representing $2.7 billion in value. Bucking the trend, 70 percent of its deals by value were LP fund stakes. Among the other 30 percent of deals were nine single-asset transactions and one preferred equity transaction, valued at $140 million. Most of its transactions involved private equity, growth equity and venture capital funds.

There was a “big rebound” to near-normal levels in the fourth quarter of last year, following a slowdown in deal activity as the pandemic took hold and the industry waited for valuations to settle, Bradley Mandel, a partner at Winston & Strawn, told Secondaries Investor.

Firms including Fried Frank, Weil Gotshal & Manges, Travers Smith, Simpson Thacher & Bartlett and Macfarlanes either declined to participate or did not respond to requests for information.