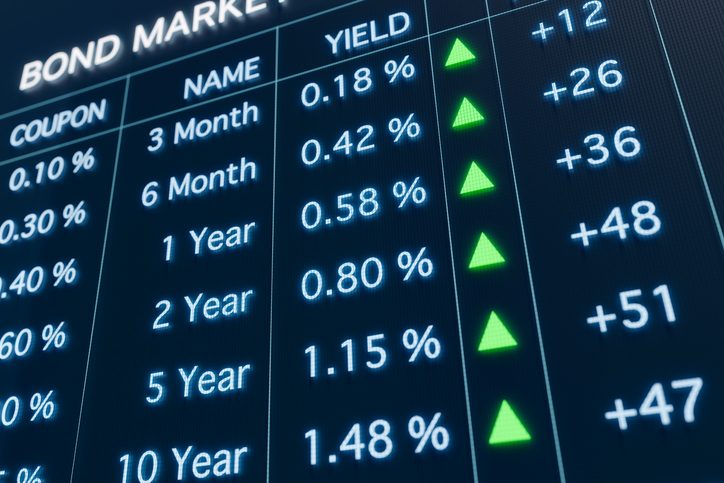 After a covid-disrupted 2020, last year was historic for the secondaries market. The appetite for GP-led deals remained high last year as sponsors looked for ways to hold on to trophy assets for longer and buyers got to work on deploying mountains of dry powder.

After a quiet first half for the LP portfolio market, the second half saw a flurry of deals which continued into the first quarter of this year. The outperformance of private equity caused many LPs to become overallocated to alternatives, driving them to sell down stakes to free up capital for reinvestment.

By some estimates there was more than $130 billion of deal volume last year, a reality reflected in the Secondaries Investor Advisory Survey 2022. The 13 respondents to this year’s survey closed on an average of 23 secondaries deals during the year, compared with 12 the prior year.

After a strong first quarter, the secondaries market has slowed in 2022 in line with the overall decline in public markets and investor sentiment. The survey reveals how advisers are changing their approach to the market and showing flexibility in the face of challenging conditions.

A first-time entrant to the survey, Asante Capital Group worked on five GP-led transactions last year, split between buyout and venture capital, worth an undisclosed value. The firm formalised its secondaries advisory practice in 2020 with the appointment of managing director Yaron Zafir, the former head of secondaries at Rede Partners. Among the deals run by the firm last year was a $100 million continuation fund involving Israeli venture capital firm Giza Venture Capital, backed by Greenspring Associates.

“The secondaries market grew at an unprecedented rate in 2021, driven by an extremely large influx of transactions in H2… Through 2022 we expect LPs to look towards more diversified portfolios as we see a shift away from concentrated positions and single-asset transactions. With LPs continuing to raise record amounts of capital, there will still be strong demand for large value transactions,” Zafir said.

Campbell Lutyens closed on $19.8 billion of transaction volume across 43 deals, ranking it third in the survey by volume and second by number. The firm’s dealflow was split between private equity, infrastructure, private debt and real estate, with LP-led deals accounting for 50 percent of the total. Among the deals Campbell Lutyens advised on last year was the sale of a $1.5 billion infrastructure portfolio by Northwestern Mutual and a continuation fund deal centred on growth manager Georgian Partners. Of those that answered the question, Campbell Lutyens was one of only two to have advised on a preferred equity or NAV financing deal.

Speaking to Secondaries Investor, partner Gerald Cooper noted a reduced appetite for risk among buyers in today’s market, partly because many are in market trying to craft the right message for investors: “People invest in [secondaries funds] because they want diversification, J-curve mitigation, near-term cashflows, stable returns,” not because they expect them to outperform the market by 10 percent, he said.

Cebile Capital, which was acquired by mid-market investment bank Raymond James last year, clocked up 14 secondaries deals worth $1.2 billion. Its deals tilted towards GP-led processes, which accounted for 55 percent of the total and included a single-asset process on Boards & More, a business managed by EMERAM Capital Partners.

“Over the past year, over 80 percent of continuation fund vehicles have priced at a small discount to a premium, with approximately 60 percent pricing at par or better,” noted global head of private capital advisory Sunaina Sinha in April. Rising interest rates and the war in Ukraine have led to buyers becoming “more pessimistic” about valuations in 2022, she added.

Credit Suisse closed on $12.5 billion of deals, a more-than-twofold increase on 2020. All of its 25 deals were GP-led processes, with $9.4 billion coming in the form of 17 single-asset transactions. The bank’s deals were spread across asset classes, with lower-mid-market buyout accounting for the largest proportion at 44 percent. Credit Suisse was also one of the biggest participants in private debt, with credit and distressed assets accounting for 20 percent of its deal volume.

“Coming into 2022, we see some buyers slowing deployment pace, leading to increasing importance of new entrants to the GP-led market,” noted managing director Jonathan Abecassis. “With market volatility, discounts to NAV on GP-led deals may be a ‘new’ development, and buyers will seek to find businesses that offer protection against inflation, interest rate rises and/or supply chain disruption – and GPs will offer them.”

The only firm in the survey to focus solely on LP-led deals last year, London-based adviser Elm Capital clocked up $630 million of transaction volume across four deals in 2021, all in private equity. In April, Secondaries Investor noted that Elm had seen a “marked pick-up” in discussions around tail-end portfolios, both from LPs and funds of funds looking to crystalise returns. During the coronavirus crisis, most secondaries buyers had prioritised newer funds with more unfunded capital.

“LP sales are back in fashion and we expect to see more in 2022,” said managing partner Etienne Deshormes.

Making its second appearance in the survey, boutique placement agent and adviser Ely Place Partners closed on €380 million of volume across seven deals, more than double the €150 million recorded in 2020. The London-headquartered adviser has looked beyond private equity, with more than half its deals coming in private credit and nearly a third in infrastructure.

“The private debt secondary market has really taken off,” said founder Daniel Roddick. “We have now advised clients in both the US and Europe with a number of prospect deals in the pipeline. There is a growing secondary universe of lower cost of capital secondary buyers – not only dedicated funds raised by established secondary buyers, but also new entrants among pension funds and insurance companies.”

Since topping the table for the first time in our 2020 survey, Evercore has remained out in front of the pack. The firm advised on $59.4 billion of closed deals, 64 percent of which were GP-led processes. In closed 97 transactions in total, including multiple single-asset transactions for Clearlake Capital, a $3 billion multi-fund process for General Atlantic and a $2.5 billion continuation fund centred on Leonard Green’s 2007-vintage fund.

“The return profile of GP-led deals is one of the reasons this part of the market has developed so much,” noted Evercore managing director Francesca Paveri in December. “There is a lot of competition among buyers in the traditional secondaries space, and GP-led transactions have allowed investors to balance higher returns with higher risk to generate the weighted return they promise their investors.”

Founded in 2019 by former PJT Partners executive Pablo Caló, alongside two executives from CEE-focused ForeVest Capital Partners, Fairview Capital Group closed on $1.43 billion of deals, all in the GP-led market. All of its deals involved buyout- and growth equity assets and were multi- rather than single-asset processes.

“In 2021 GPs, particularly in the mid-market space, were much more aware that when structuring GP-led transactions, the interests of its LPs should be at the forefront of consideration,” the firm noted. “Tapping into this, as well as adhering to ILPA guidelines, has helped grow our transaction volume by 149 percent since last year.”

“In the single-asset space, the pendulum has swung violently in favour of buyers,” said Lanel. “To meet the supply, both capital and human resources will need to be significantly expanded; until then, expect the rate of broken auctions to remain high.”

M2O Private Fund Advisors closed on $2.8 billion of secondaries deals, across 17 transactions. Its workload skewed 62 percent in favour of GP-led deals and encompassed buyout, growth, VC, private debt, real assets, and secondaries and funds of funds. Among its deals were a continuation fund process on The Jordan Company’s 2007-vintage fund, led by Hamilton Lane.

“Last year, pent-up demand from the dearth of LP deals in 2020 and some buyers’ oversaturation with single-asset deals unlocked a long-awaited deluge of portfolio sales,” said head of LP secondaries Jake Stuiver. “This year, after a gangbusters Q1, persistent public market volatility and macro uncertainty are causing a slowdown. Many sellers are keen to launch processes but holding off in hopes of timing the market, which is proving difficult.”

Mozaic Capital, the secondaries advisory partner of placement agent Monument Group, has debuted in the survey with an impressive $3.5 billion of transaction volume across 13 deals. Eighty-eight percent of Mozaic’s deals by volume were LP portfolio sales. It did not disclose which asset classes its deals were in.

In November, affiliate title Buyouts reported that Mozaic had won a mandate to sell $2.6 billion of stakes on behalf of New York State Teachers’ Retirement System. It is unclear how much ended up selling and if the deal closed in 2021.

PJT Park Hill was another firm to more than double its business year-on-year, advising on $23 billion of closed secondaries deals. Fifty-one percent of its work by volume was in the GP-led market, with $7.9 billion accounted for by single-asset deals, including a $1.5 billion process on TPG portfolio company Creative Artists Agency.

Larger GP commitments in continuation fund deals, more NAV-backed financings and expansion of the private debt secondaries market are some of the things to look out for in 2022, according to managing director Darren Schluter.

Last but not least is Tradition Private Markets, whose secondaries advisory team added real estate specialist Michael McKell in May last year. Tradition advised on $1.2 billion of transactions across private equity, infrastructure, real estate and distressed/special situations. Eighty-five percent of its deals were LP portfolio sales. Of those that responded to the question, Tradition was one of only two who advised on a preferred equity or NAV financing deal.

“The desire to purchase large, diversified LP portfolios greatly increased,” said managing director Dan Nolan. “In the second half, we saw a shift in supply dynamics in response to this. This was notable across all asset classes, but especially true for infrastructure, where there was a large increase in the amount of LP supply in the market.”

Deal volume in the survey was defined as purchase price plus unfunded commitments for transactions that closed between January and December, and data was submitted by advisers. NAV from rolling LPs was not included in deal totals.

Firms including Lazard, Greenhill, Jefferies, Rothschild & Co, Rede Partners, UBS and Atlantic Pacific either declined to participate or did not return requests for comment.