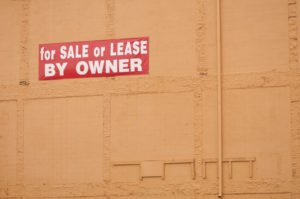 Traditional secondaries buyers are increasingly selling on the secondaries market to actively manage their portfolio.

Secondaries firms and funds of funds have typically held investments to maturity and waited until their funds wind down, but this is changing. They are now actively selling funds when they see they can lock in value and return liquidity to their investors or reinvest that cash without having to draw down capital from limited partners.

“Traditional secondaries buyers are beginning to sell more,” Rudy Scarpa, a partner with Pantheon told Secondaries Investor. “They’re becoming more proactive portfolio managers rather than waiting to wind down their assets over time.”

The reasons for selling for secondaries firms are varied.

“Several secondaries firms are selling to generate liquidity for their investors, while locking in an attractive IRR and taking some risk off the table,” said Scarpa. Selling on the secondaries market can also help shut down old funds.

Funds of funds have been busy in the past 12 months selling tail-end funds where there might only be a couple of investments left.

“We’ve sold before, and many of our competitors are selling,” a partner at a US fund of funds recently said, noting that his firm has typically sold old portfolios of fund stakes. “It tends to be a large contingent of names, of small funds, but you may not have that many companies. It also tends to be diversified.”

“Continuing the recent trend, selling by traditional secondaries buyers has remained strong,” Cogent wrote in its report. “Given the ongoing need for these groups to wind down their own investment vehicles, we foresee steady selling by these investors over the next several years.”