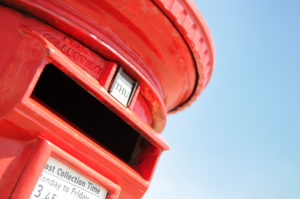 First round bids were due on Wednesday for the portfolio, which contains two high-quality buyout funds of funds and had a combined net asset value of around $600 million as of 31 March, 2016, according to four sources familiar with the deal. Evercore has been hired to run the process.

The value of the stakes that ultimately trade is likely to be lower than $600 million, however, because the portfolio has generated cashflows over the past year, one of the sources said. It is understood the portfolio is evenly split between Pantheon and Pathway’s mandates.

One buyer who looked at the portfolio told Secondaries Investor that the information provided by the two mandate managers about the vehicles was “very high level” and opaque, which made bidding on them more difficult. Buyers are therefore bidding on a name-only basis for the underlying funds, the source said.

Another source said that potential buyers had been “scared off” because Pantheon, for example, has “an edge” in bidding for its own portfolio and “knows the assets better than anyone else”.

A complicating factor is that these managers may influence who bids for the portfolio because they must ultimately give consent for a trade of fund stakes to occur, according to the same source.

It is understood that Pantheon’s separately managed account is mostly Europe-focused, and Pathway’s vehicle is half focused on North America with the rest on Europe and global assets.

A spokeswoman for the UK government’s Department for Business, Energy and Industrial Strategy, which is responsible for the inherited assets, declined to comment because the matter is “commercially sensitive”.

When Secondaries Investor reported in March 2014 that the government was considering selling the portfolio, a government spokeswoman said at the time the objective was to “realise the assets in a measured fashion within the context of protecting value for the tax payer, while minimising market distortion,” referencing all of the assets previously transferred to the government.

In April 2012 the government removed the Royal Mail’s estimated £10 billion ($12.3 billion; €11.6 billion) pension deficit by transferring historic liabilities from the Royal Mail Pension Plan (RMPP) to an unfunded statutory pension scheme, the Royal Mail Statutory Pension Scheme, prior to the postal service’s listing in October 2013. As part of this intervention, the UK government inherited around £28 billion of the RMPP’s assets.