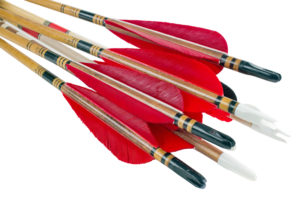 Rothschild Merchant Banking Group is planning to raise its second dedicated secondaries fund in the first quarter next year to focus on small- and mid-cap deals in Europe, according to the head of its secondaries unit.

The fund will follow a similar strategy to the FASO’s previous secondaries fund, acquiring stakes in funds and will do direct secondaries deals in companies with below €500 million in enterprise value, Klitting said.

“Rothschild is a very strong player in the field of mid-cap companies in Europe, and we can really rely on the expertise of the bankers at Rothschild who have unique sector and markets intelligence,” she said. “They also give us access to possible sellers of assets whether held by families or institutional sellers.”

The unit raised its first secondaries fund, the €259 million FASO III, in 2012 with a six-member team that spun-off from French fund of funds Natixis Private Equity the year before. FASO III is almost fully invested and about 85 percent of this is in complex transactions such as spin-offs, fund restructurings or portfolios of minority or majority stakes in companies purchased from financial institutions, Klitting said.

Deal flow is increasing as asset managers, particularly large players, look to actively manage their portfolios and clean up tail-end funds of funds. Klitting said more than a third of the deals FASO has worked on have involved general partners seeking some sort of restructuring transaction.

“Today, GPs are more comfortable in engaging discussions and being proactive at finding liquidity solutions,” she said. “The mindset and market have totally changed and evolved.”