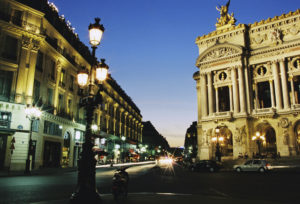 Rothschild Merchant Banking Group has held the final close on its latest secondaries fund and anticipates Brexit and financial regulations will drive dealflow for the fund.

The firm has hired three staff this year including Mathieu Bonnet, who joins as investment director from Paris-based secondaries firm BEX Capital. Bonnet spent almost two and a half years at BEX and has experience in leverage and acquisition finance at Crédit Agricole and Société Générale, according to his LinkedIn.

FASO expects Brexit will spur some GP-led restructurings of UK-based managers, and in Europe, regulations and consolidation will continue to drive dealflow, Klitting said.

“We see it as an opportunity because some fundraising might be tougher for funds located in the UK,” Klitting said. “In terms of GP-led restructurings, it might be a good opportunity for us. Currently, some European institutions may reconsider backing UK firms or funds denominated in pounds.”

The firm expects to invest in around 17 deals from FASO IV in small and mid-cap European secondaries opportunities, including spin-outs, GP-led restructurings and direct secondaries deals, Klitting said. The fund has already completed two deals: an acquisition of private equity assets from a European institution, and a Nordic GP-led restructuring.

Together, these deals account for 15 percent of FASO IV and the firm is closing a third deal, Klitting said.

Around 80 percent of investors by value in FASO IV were re-ups from the predecessor vehicle, the 2012-vintage €259 million FASO III, and new limited partners include institutions and family offices around the world. FASO III is 128 percent invested – the firm used capital from the fund’s distributions to invest in deals, Klitting said.

Rothschild Merchant Banking has over €6 billion in assets under management. Its FASO unit employs 13 investment professionals.