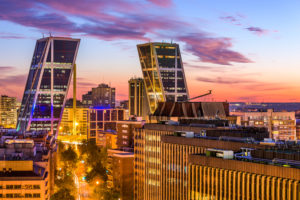 Brussels-headquartered Sofina sold its stake in MCH Iberian Capital Fund II, a spokesman confirmed. A UK regulatory filing shows the unit bought the interest in the fund from Sofina, which sold from its Sofina Private Equity SCA, SICAR vehicle.

MCH Iberian Capital Fund II is a 2003-vintage that closed on €160 million. The fund is managed by Madrid-based MCH Private Equity and focused on growth equity investments in Portugal and Spain, according to PEI Research & Analytics.

The banking group was planning to seek between €350 million to €400 million for its successor fund, Five Arrows Secondary Opportunities IV, in the first quarter of this year, Klitting said. A Luxembourg regulatory filing shows the fund was registered on 16 February.

Sofina makes between $10 million and $25 million commitments in top-tier, mainly venture capital and growth equity funds, according to its website. The firm largely focuses on US and emerging markets investments.

Rothschild and MCH did not return requests for comment.