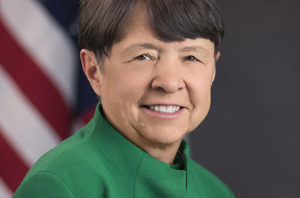 The prospect of deregulation of the US financial services industry came a step closer on Tuesday, with the announcement Mary Jo White, chairwoman of the Securities and Exchange Commission, will step down at the end of the Obama administration. During her three-year tenure, White oversaw the introduction of a number of hard-hitting regulations affecting the private funds industry.

Incoming president Donald Trump, who vowed to “reform the entire regulatory code to ensure that we keep jobs and wealth in America,” now has three roles to fill in the five-member commission.

While candidates for the positions are yet to be revealed, recruitment is being headed by Paul Atkins, a former SEC Republican commissioner who has advocated deregulation policies. Hedge fund manager Anthony Scaramucci, who has made no secret of his anti-regulation stance, is also advising the overall transition team.

Bringing the SEC onside will add to the already-strong anti-regulation sentiment among the US political elite. Trump’s calls for a repeal of the Dodd-Frank Act, for one, are by no means new.

In fact, a bill that will unravel much of the most unpopular red tape put in place by the Act is currently passing through the legislative system, with the House Financial Services Committee giving its approval for the proposals in September.

While the Financial Choice Act would authorize the SEC to impose stricter penalties on big banks that misbehave, it would liberate community banks and credit unions to lend to small businesses more freely through a capital requirement carve-out.

Most importantly for the private funds industry, the Financial Choice Act calls for the Volcker Rule to be scrapped. Since its introduction, banks have been offloading portfolios of private fund interests and more had been expected; Goldman Sachs, for example, still has more than $6 billion of investments subject to the rule.

The bill still needs to pass through the Senate and the White House, so it’s likely to be softened as it progresses. But even if only the core elements become law, experts say the shift in financial regulation will be historic.

While repeal of the Volcker Rule would be good news for the industry, Trump’s manifesto pledge to tax carried interest as ordinary income, thereby increasing the tax bill for private fund managers, is less positive.

Although much was made of the issue by both parties during the election campaign, sources say the administration may have a difficult time mobilizing the plan, because it may be hard to distinguish private equity limited partnerships from similar arrangements.

There is also the chance the Republican-controlled Congress will once again push back the proposal, as it has in the past.

Of course, at this stage, we’re at the very early stages of this major change. Actual policy is a way off. But the signs certainly point to an easing of some legislation, which can only be good news for compliance-weary fund managers.