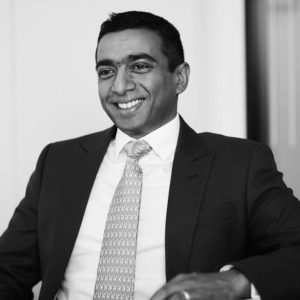 His appointment is effective immediately.

Sivanithy will oversee origination activity across the firm’s primary fundraising, secondaries and strategic advisory services, as well as leading the firm’s due diligence processes, and will report directly to Rede co-founders Scott Church and Adam Turtle.

Sivanithy, who has spent around 15 years in the fund investment industry, joins from UK development finance institution CDC Group, where he was a portfolio director responsible for sourcing, managing and monitoring fund investments in Africa.

Before CDC, Sivanithy spent 10 years at fund of funds Pantheon, where he was a member of the European and emerging markets investment committee, responsible for manager selection and relationship development. He also led Pantheon’s responsible investment activities and was a founding member of the PRI private equity group.

“My network really is very much in Europe, but also there’s an additional element there in emerging markets, and I’m sure that will something I can bring to Rede as well,” Sivanithy told PEI. “There’s certainly scope for us to look at that in due course.”

Rede has worked with emerging markets managers in an advisory capacity and has yet to work with one on a full fundraising.

“Africa has always been on our radar, as has central and eastern Europe for a while,” said Church.

“There are some really interesting new groups, some of [which] Rede is already working with, but I think we want to be a first call when there is a GP that wants to raise capital or just wants some help,” Sivanithy said.

“My job really will be to act as connectivity with the firm and the wider market. We also have a secondaries practice which I will be involved in.”

Sivanithy said Rede’s “partnership approach to working with clients” aligns closely with his own.

“I’ve always been a genuine believer in the actual partnership between the GP and the LP,” he said of the move from investing to fundraising and advisory.

“It’s just become more and more important. Understanding the nuances on both sides in terms of the needs of the GP, but also the needs of LPs, I think is something I’m very comfortable with and something I can bring a great deal of value to.”

On the due diligence side, he can also being to prior experience as a fund investor to bear, he said.

“Some of those managers who are, let’s say, less mature or just starting, there will be some heavy diligence requirements, and that’s something I will be responsible for.”

Sivanithy said he believes there is appetite among the LP community to refresh existing investment portfolios, sometimes in favour of managers with more unusual strategies.

“There’s definitely a willingness to back a good story that is coherent, consistence, hopefully with a track record in place that is relevant,” he said.

“The decision to re-up has become much more objective and it’s not just about inertia and following what you’ve always done.”