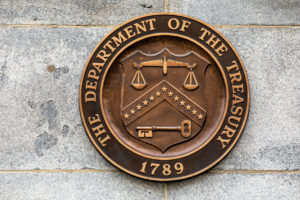 A “record number” of private equity partnerships have reached their yearly limits for the transfer of limited partnership interests under Publicly Traded Partnership rules, according to a memo prepared for clients of secondaries intermediary NYPPEX.

In certain funds, a backlog of pending secondaries transactions means that some transfers may not receive approval until 2021 or 2022, according to the memo based on conversations with GPs, LPs and secondaries advisors.

“In our view, LPs are increasingly upset to learn about PTP problems at funds after the LP has spent time and effort deciding which funds to divest, hiring an advisor and conducting an auction process,” NYPPEX chief executive Laurence Allen told Secondaries Investor.

The precise number of funds that have reached their yearly limits is difficult to quantify as selling LPs only learn of problems after the auction, Allen noted.

The US Treasury’s PTP rules require sponsors of limited partnerships that contain US investors to categorise any secondaries transactions that occur in their funds under one of several ‘safe-harbour’ exemptions. Failure to comply means they could be treated as a corporation and subject to negative tax consequences, backdated to the date of the first violation.

Safe harbours include if a fund has fewer than 100 partners, if there is only one trade during the tax year (regardless of size) or if the total of stakes traded within the tax year represents less than 2 percent of a limited partnership.

If transfers are made through a “qualified matching service”, a platform mandated to match buyers and sellers, up to 10 percent of LP interests can be transferred during the taxable year without falling foul of PTP rules, according to a report by law firm Morgan Lewis.

“You only need the issue in one fund for the seller and buyer to stop and think about the impact on the deal,”  Ted Craig, who joined Dentons as a partner this year, told Secondaries Investor in 2017.