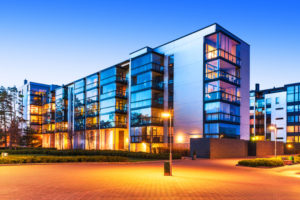 Greenhill Cogent anticipates that deal volume for real estate secondaries could be as high as $9 billion, according to the firm’s semi-annual secondary market study released on Wednesday.

“Greenhill Cogent advised on the sale of over 400 fund interests in the first half of 2015, and of these, approximately 32 percent of the funds by number and 50 percent of the funds by volume were real estate,” the firm wrote in the report. “Real estate has never represented a larger proportion of the market than it did in the first half of 2015.”

The sale of real estate fund stakes were primarily driven by North American pension funds, endowments and foundations, although supply from non-North American limited partners is on the rise too.

“In nearly all cases, the motivation for a real estate sale is either over-allocation to real estate or a desire to reduce exposure to non-core managers,” the report said.

But Greenhill Cogent noted that attractive pricing is also playing a key role in motivating LPs to decide to sell real estate fund stakes on the secondaries market.

Pricing for real estate secondaries was strong in the first half of 2015 at 92 percent to net asset value (NAV), up from 90 percent of NAV in 2014, and the highest since Greenhill Cogent started reporting pricing for the strategy in 2011.

“In our opinion, real estate pricing is benefiting from increased liquidity, as historically low-cap rates are enabling many real estate sponsors to sell properties that they had held since before the financial crisis,” according to the firm.

Pent-up supply in real estate secondaries has been waiting years for pricing to rise as LPs weren’t interested in selling at historically deep discounts seen since the global financial crisis. This is changing.

“Several large portfolios have come to the market this year, two of which were publicly announced,” Sarah Schwarzschild, principal and head of the real estate secondaries business for Metropolitan Real Estate, told Secondaries Investor. “These transactions have not only increased deal flow dramatically, but also served to increase overall awareness of real estate secondaries.”

The California Public Employees’ Retirement System (CalPERS) has recently said it plans to sell a $3 billion real estate portfolio. Earlier this year, Harvard Management Company was out with roughly $1 billion-worth of real estate fund interests up for sale.

“The real estate secondary market today resembles the private equity secondary market 10 years ago, in that many LPs who are selling real estate funds have not done so before, and they are coming to market pursuing large sales designed to strategically redirect their private real estate portfolio,” concluded Greenhill Cogent in its report.