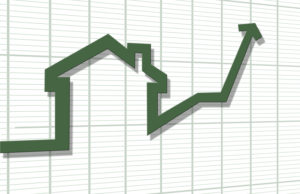 The real estate secondaries market is continuing a trajectory of strong growth, according to Landmark Partners’ new report released on Monday, with seven consecutive years of record transaction volume.

Closed transactions in the global real estate secondary market totalled $8.2 billion in 2015, a 71 percent jump from 2014’s $4.8 billion tally. The number of transactions remained stable year-over-year at 92 deals, compared with 57 deals in 2013. Landmark also found a significant increase in the trades of globally focused opportunistic funds, with the share of total volume soaring from 2 percent in 2014 to 20 percent in 2015.

US pension funds drove about 63 percent of the secondaries transaction value, mainly through large portfolio sales. The California Public Employees’ Retirement System (CalPERS) led its US peers in 2015 with the largest real estate secondaries sale ever, a $2.3 billion disposition to Blackstone’s Strategic Partners. The portfolio comprised 43 international and domestic fund interests from CalPERS’s non-strategic, legacy real estate portfolio with more than 350 underlying properties, predominantly in the US.

“Pension funds continued to rebalance portfolios and reduce the number of non-core sponsor relationships in order to meet administrative and portfolio management objectives,” Landmark said in its annual statement. The increase in large transactions “demonstrates that institutional investors have become more comfortable with the market’s ability to absorb large portfolio transactions.”

Endowments and foundations remained the second most active sellers, closing about $1.0 billion of volume in 2015 across 13 transactions, compared to $1.1 billion across 11 transactions in 2014.

The global real estate secondaries deals tracked by Landmark were measured by net asset value at the time of the sale and included those flagged to the firm by other market participants. The volume explicitly did not capture LP-LP trades, nor did it capture single asset real estate joint venture partnerships and other private non-fund vehicles.