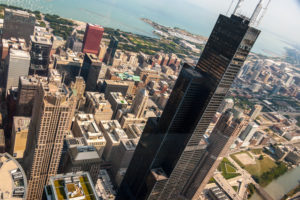 Chicago-based RCP Advisors is back in market with its third dedicated secondaries fund, Secondaries Investor has learned.

RCP Secondary Opportunity Fund III launched in July and has a $425 million target, according to two sources familiar with the fund. The firm will seek commitments from a mix of new and existing investors.

The fund’s hard-cap was unclear.

According to one of the sources, the fund will acquire stakes of between $3 million and $30 million in original commitments in lower- and mid-market North American funds that are more than 30 percent invested and range from $250 million to $1 billion in size.

A document from RCP outlining the firm’s strategy states the GP usually makes a commitment of around 10 percent of aggregate capital commitments and the hurdle rate on its funds is between 10-15 percent.

RCP’s previous secondaries fund held the final close on its $425 million hard-cap in July 2013, above its $300 million target after 14 months of fundraising, according to PEI data.

RCP’s main area of business is raising funds of funds with co-investment pockets. It raising its twelfth such fund, a $250 million vehicle that held its first close in August on $132 million, according to a filing with the US Securities and Exchange Commission.

About half of the fund managers in RCP’s secondaries portfolio are GPs the firm has invested in on the primary side, managing principal Jon Madorsky told Secondaries Investor in 2014.

A spokesman for RCP declined to comment on fundraising.

RCP Advisors has $5.9 billion in assets under management, according to PEI data.