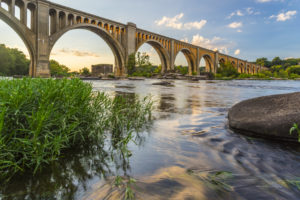 According to a statement from the Virginia-based alternatives manager, the Real Assets Fund will seek primary, secondaries and co-investment opportunities, investing in “small specialist managers and thematic co-investments”.

The fund exceeded its target, according to the statement, though that target is undisclosed.

The investor base consists of a mix of existing and new institutional investors, family offices and high-net-worth individuals, the statement says.

According to a filing with the Securities and Exchange Commission, Private Advisors Secondary Fund V is targeting $200 million. The fund was launched in July 2015, with date of first sale falling in September of the same year. It expected to be in market for more than a year, the filing reveals.

New Jersey-based NYLIFE Distributors and New York’s Berchwood Partners are acting as advisors on the fundraising, which up to now has been targeted solely at US investors.

Investors in Cuyahoga IV include Case Western Reserve University and the Eva L and Joseph M Bruening Foundation, both with undisclosed commitments.

Private Advisors’ $2.8 billion private equity business typically targets buyout and co-investment opportunities in the US small-cap and mid-market. It also has a hedge fund business with around $2 billion in assets under management, according to its website.

The firm typically targets funds below $500 million and companies with less than $150 million in value. It has made more than 50 secondaries transactions, along with 70 co-investments, 140 primary fund investments, and 20 real assets transactions.