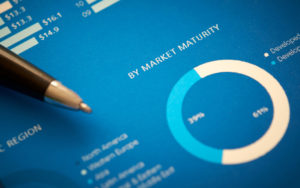 More details have emerged on the latest secondaries fund from Portfolio Advisors, whose return to market was revealed last month by Secondaries Investor.

The Darien, Connecticut-headquartered firm’s Secondary Fund IV has a $2.25 billion hard-cap and was scheduled to hold a first close in November, according to documents prepared by investment advisor Hamilton Lane for Pennsylvania Public School Employees’ Retirement System.

The fund will primarily target mid-market buyout funds, with 25 percent going to growth and venture capital, 10 percent to distressed and special situations and 10 percent to opportunistic investments. The US will account for 80 percent of Fund IV’s investments. Portfolio Advisors’ GP commitment is 3 percent.

Around 70 percent of the deals made through Portfolio Advisors’ previous funds were based on existing relationships, either through the firm’s fund of funds platform or advisory business, the document noted.

Secondaries Investor reported last month that Portfolio Advisors was back in market targeting $1.5 billion for Fund IV, two years after the close of its predecessor. PASF IV has a 10 percent preferred return and charges 10 percent carried interest on net gains, payable only after full return of invested capital.

The 2017-vintage Fund III delivered a net internal rate of return of 36.3 percent and 1.25x net multiple as of 30 June, the PSERS documents noted.

Hamilton Lane recommended that PSERS commit up to $150 million to Fund IV, compared with a commitment of $125 million to Fund III. The pension has a separately managed account linked to Fund III, which can invest up to $200 million in opportunities that arise from market dislocation. It has yet to contribute to this account.