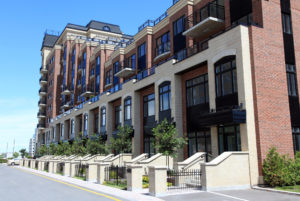 Portfolio Advisors has hit final close on its sixth real estate fund of funds, the firm announced in a statement.

Portfolio Advisors Real Estate Fund VI has raised $485 million to be invested in secondaries, primary and direct co-investment transactions in the private real estate sector, the statement said. The fund’s original target and hard-cap has not been disclosed.

Seoul-headquartered Crownrock Partners acted as a placement agent on the fundraising, according to a filing with US Securities and Exchange Commission.

Around 80 percent of commitments were from investors that had invested in previous Portfolio Advisors funds, the statement noted. According to data from sister publication PERE, this includes Oklahoma Firefighters & Retirement System with a $25 million commitment and Missouri Local Government Employees’ Retirement System, with $30 million.

The fund has purchased 26 interests on the real estate secondaries market, and made five direct co-investments and eight primary commitments. The fund is already 80 percent invested, according to the statement.

The fund has been in the market since March 2015 and held a first close on $132.9 million in April 2015, Secondaries Investor reported.

At the end of July the Connecticut-headquartered firm held an $835.9 million second close on dedicated private equity secondaries vehicle Portfolio Advisors Secondary Fund III, according to SEC filings. The firm is targeting $1 billion for the fund, Secondaries Investor reported in October 2015.