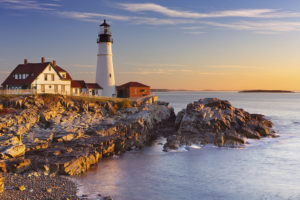 Portfolio Advisors has held a third close on its sixth real estate-focused fund of funds, collecting $219.6 million, according to a filing last week with the US Securities and Exchange Commission.

The Darien, Connecticut-based firm, which declined to comment, launched PAREF VI in March 2015 and held a first close on $132.9 million in April 2015, according to the SEC. Seoul-based CrownRock Partners is listed as the placement agent for the vehicle.

There are 11 investors to date in the latest fund. The Missouri Local Government Employees’ Retirement System allocated $30 million to the fund, according to PERE data.

The PAREF series focuses on opportunistic and value-added funds centred on the office, residential, retail, hotel and assisted-living sectors, as well as fund interests acquired on the secondaries market.

A spokesman for the firm told sister publication PERE in October that Portfolio Advisors would commit up to 2 percent of its own capital toward PAREF V. About 80 percent of the fund’s commitments came from investors who previously committed to Portfolio Advisors’ vehicles, according to an announcement at the fund’s closing. The returning LPs included the Oklahoma Firefighters Pension & Retirement System and Philadelphia-area nonprofit Connelly Foundation.

The firm is also fundraising for its latest dedicated secondaries fund, Portfolio Advisors Secondary Fund III, and is understood to have raised about $400 million out of its $1 billion target, as Secondaries Investor reported at the beginning of August.